*To know the differences between the unicameral and bicameral legislature, you can visit the linked article.

The Lok Sabha is the lower house of the Parliament of India. It is also known as the House of the People as its members are directly elected through general elections. 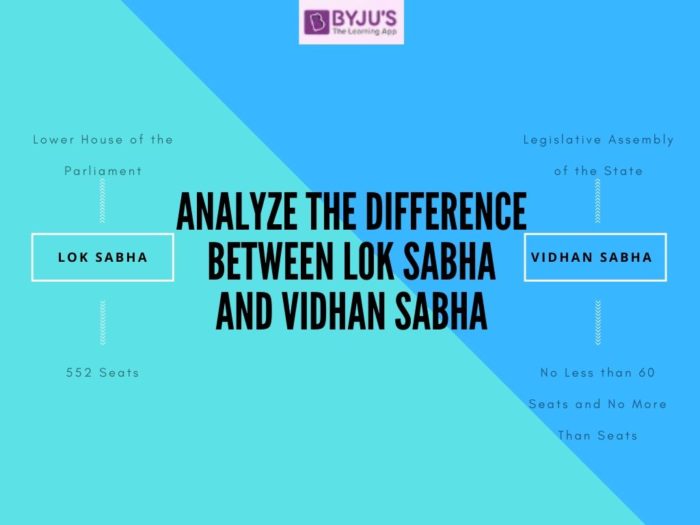 This article will further elaborate upon the differences between the two within the context of the IAS Exam.

Both the Lok Sabha and Vidhan Sabha are important concepts in the Polity segment of the UPSC Exams. The following links will help in studying this segment along with giving more detailed information about the above concepts

Q 1. How Lok Sabha and Vidhan Sabha elections are held?

Ans. Members of Vidhan Sabha or State Legislative Assembly, are elected directly by voting, from a set of candidates who stands in their respective constituencies. Members of Lok Sabha are elected by being voted upon by all citizens above 18 years of age.

Q 2. What is meant by a Parliament Session?

Ans. A Parliament session refers to the period during which the members of the House of Parliament meet to discuss work and progress.