The Battle of Porto Novo was fought between Hyder Ali of Mysore and the British East India Company on 1 July 1781. The English were victorious and this battle put a check on the expansion of Hyder Ali. This article gives the complete chronology of events. 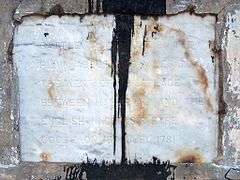 Memorial for the Battle of Porto Novo