Context: Recently, the Canadian government introduced a bill that seeks to make Internet platforms such as Google and Facebook pay news publishers for use of their content.

About the Canadian Bill:

Nature of the publisher-platform relationship in the digital age:

Implications of the Bills:

Nut Graf
In the digital world, platforms have become the most important gateways to journalistic content produced by legacy news media. The Canadian Bill is an acknowledgement of the asymmetrical nature of the news media industry. The development is of interest to governments across the world, some of which are said to be mulling such a law, as also the larger media industry.

1. The grim forewarnings of a global study on birds

Mains: Importance of birds to ecosystems and culture

Context: State of the World’s Birds, an annual review of environmental resources, was published recently.

Key Findings of the Study:

Importance of birds to ecosystems and culture:

Nut Graf
The continued degradation of the primary natural habitats of birds due to human activities should be mitigated because birds contribute towards many ecosystem services that either directly or indirectly benefit humanity. Avian biodiversity needs to be conserved as it has a direct bearing on human well being and sustainability.

1. Control inflation by acting on liquidity

For detailed information on this development refer to the following article:

Fiscal measures taken and their results:

Monetary measures taken and their results: 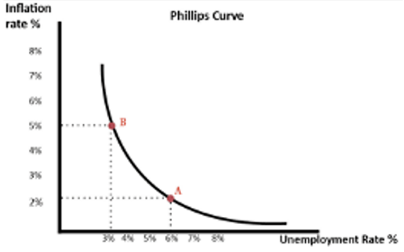 Nut Graf
The move to increase the repo rate and the Cash Reserve Ratio is a much welcome move as it will help address the abundance of liquidity in the Indian economy which has been the major sustaining factor for the prevailing high inflation rates. This move will help address the challenge of inflation and curtail its adverse impact on the medium-term economic growth prospects as well as financial stability.

For detailed information on the survey and the findings of the 5th round report refer to the following articles:

1. The learning grounds of Ukraine

Syllabus: Security Challenges and their Management in Border Areas

Mains: Important learnings for India in the realm of defence and security from the Russia-Ukraine conflict

Nut Graf
Given the challenges faced by India in its neighbourhood, India should focus on building alliances while also trying to improve its comprehensive national power by emphasizing self-reliance. This would provide India with some much-needed deterrence capability viz-a-viz the two adversarial neighbours.

1. Thrissur keeps its date with Pooram after two years

Syllabus: GS1: Art and Culture: Indian culture will cover the salient aspects of Art Forms, literature and Architecture from ancient to modern times.

Context: Recently, Thrissur Pooram was celebrated after a gap of two years.