1. Marshalling resources to stay on track

Category: Welfare schemes for vulnerable sections of the population 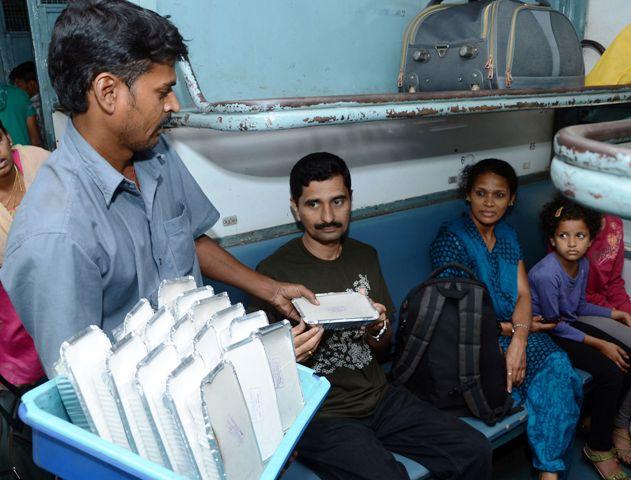 –      As a pilot, the Railways will make available children’s menu items on trains along with baby foods, hot milk, hot water and changing boards for babies in train toilets.

-The Railway Minister proposed to make booking and cancellation of tickets simpler.

-The Budget suggests sale of tickets through hand-held terminals on suburban or short distance travel and sale of platform tickets through ticket vending machines with credit/debit cards as accepted payment modes besides cash.

-Further, the e-ticketing facility will be extended to foreign debit/credit cards for foreign tourists and NRIs.

-For cancelling a ticket, it is proposed that a customer can simply call the 139 helpline instead of going to a booking window to avail the refund.

-With rising number of complaints over rightful passengers being denied tatkal train tickets, the Railway Budget proposes to ensure closed circuit TV coverage at all counters and put in place a system of third party periodic audits and certification of security features of the PRS website.

-The Ministry is working with insurance companies to offer optional travel insurance for rail journeys at the time of booking.

-It has been proposed to ensure quota in catering units to SCs, STs, OBCs, women and persons with disabilities. The Railways is exploring the feasibility of providing an option for drinking tea in ‘kulhad’

1. Marshalling resources to stay on track

In this process, the patent office effectively reversed an August 2015 guideline that had triggered the ambiguity in the first place.

According to this guideline, technical advancements could be sufficient grounds on which to confer patents.

Its nullification is welcome as such rules, though seemingly on the side of innovation, do not enable a level playing ground. For starters, the share of patents held by Indians has traditionally been low, and it continues to be so. Also, the field of software is dominated by corporate giants with deep pockets and significant expertise, and they can easily ‘out-patent’ the others out of business. The smaller companies and start-ups — and there are far too many aspirants with that profile — then not only have to spend huge sums of money to protect their work, but they also have to be financially and operationally ready to defend themselves.

The patent office hasn’t left it at just that. It has also issued a three-stage test to examine applications of computer-related inventions.

Step one is to interpret the claim.

Once that is done, step two is to deny the claim in case the “contribution lies only in mathematical model, business method or algorithm”.

Step three is to assess if the invention is claimed in the field of software in conjunction with a novel hardware.

The important point to note is the recognition that software in itself is never patentable.

This is a prudent stance, because there are inherent problems in figuring out if software is patentable or not. And this is true the world over. Germany and New Zealand exclude software from patentability.

In many other parts of the world, the positions are nuanced, like the one taken by the European Patent Convention, which does not entertain applications when they pertain to computer programmes as such, but it does have an open mind when they lead to “non-obvious” contributions.

In the U.S., a more open policy has led to a flood of patents, and consequently the negative connotation that the term ‘patent thicket’ carries now.

There is a more important reason for holding back software from a patents regime. And this goes back to what MIT researchers James Bessen and Eric Maskin showed many years ago: imitation promotes innovation. Patents are a hindrance here.

2. The Indian Patent Office is administered by the Office of the Controller General of Patents, Designs & Trade Marks (CGPDTM).

3. The CGPDTM reports to the Department of Industrial Policy and Promotion(DIPP) under the Ministry of Commerce and Industry.