What is it? The government has brought out a National Intellectual Property Rights (IPR) policy to promote the IP regime and to encourage creativity, innovation and entrepreneurship in India and to check theft of one person’s innovation by another. This is India’s first IPR policy.

Some basic concepts about IP: 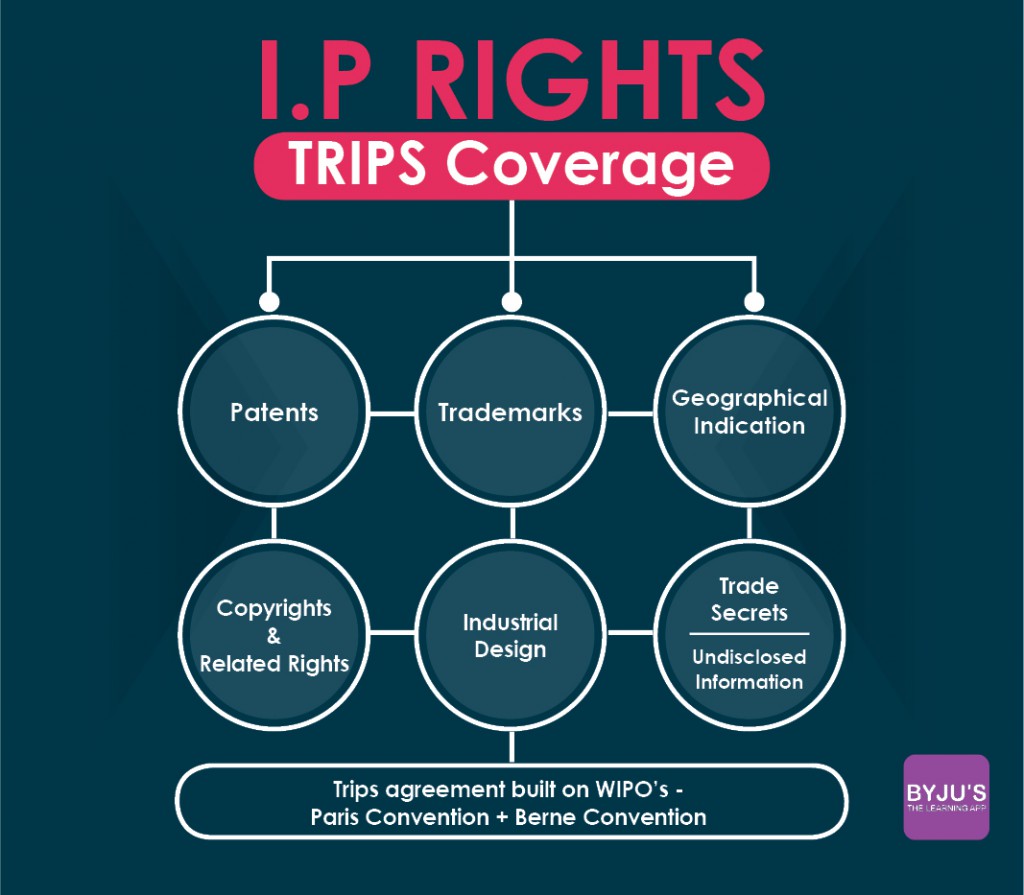 What is a patent?

A patent is an exclusive right granted for an invention, which is a product or a process that provides, in general, a new way of doing something, or offers a new technical solution to a problem. To get a patent, technical information about the invention must be disclosed to the public in a patent application What is a trademark? A trademark is a sign capable of distinguishing the goods or services of one enterprise from those of other enterprises. Trademarks are protected by intellectual property rights.

What is a geographical indication?

A geographical indication (GI) is a sign used on products that have a specific geographical origin and possess qualities or a reputation that are due to that origin. In order to function as a GI, a sign must identify a product as originating in a given place. In addition, the qualities, characteristics or reputation of the product should be essentially due to the place of origin. Since the qualities depend on the geographical place of production, there is a clear link between the product and its original place of production. What is copyright? Copyright (or author’s right) is a legal term used to describe the rights that creators have over their literary and artistic works. Works covered by copyright range from books, music, paintings, sculpture, and films, to computer programs, databases, advertisements, maps, and technical drawings.

What is a Trade Secret?

Broadly speaking, any confidential business information which provides an enterprise a competitive edge may be considered a trade secret. Trade secrets encompass manufacturing or industrial secrets and commercial secrets. The unauthorized use of such information by persons other than the holder is regarded as an unfair practice and a violation of the trade secret. Depending on the legal system, the protection of trade secrets forms part of the general concept of protection against unfair competition or is based on specific provisions or case law on the protection of confidential information. What is an industrial design? In a legal sense, an industrial design constitutes the ornamental or aesthetic aspect of an article. An industrial design may consist of three dimensional features, such as the shape of an article, or two dimensional features, such as patterns, lines or color. 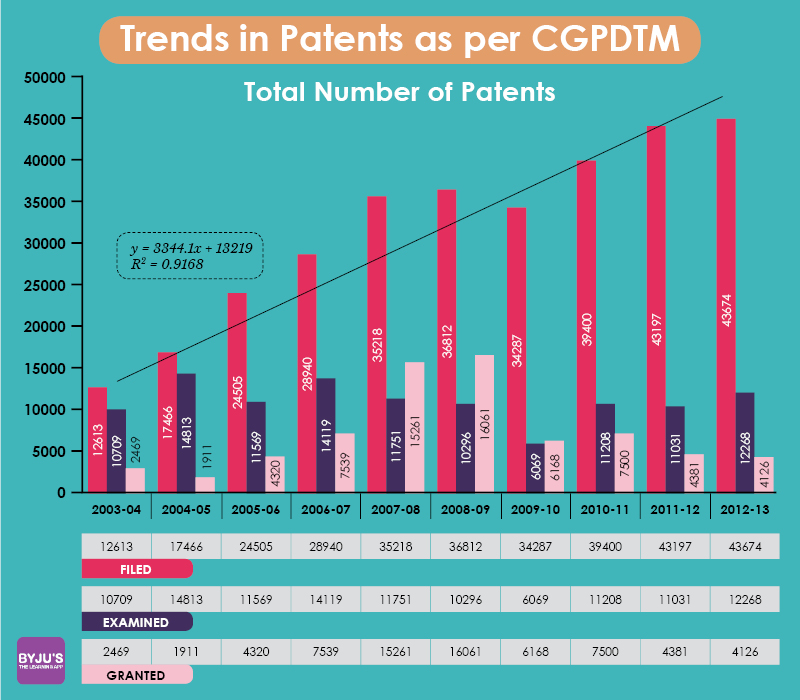 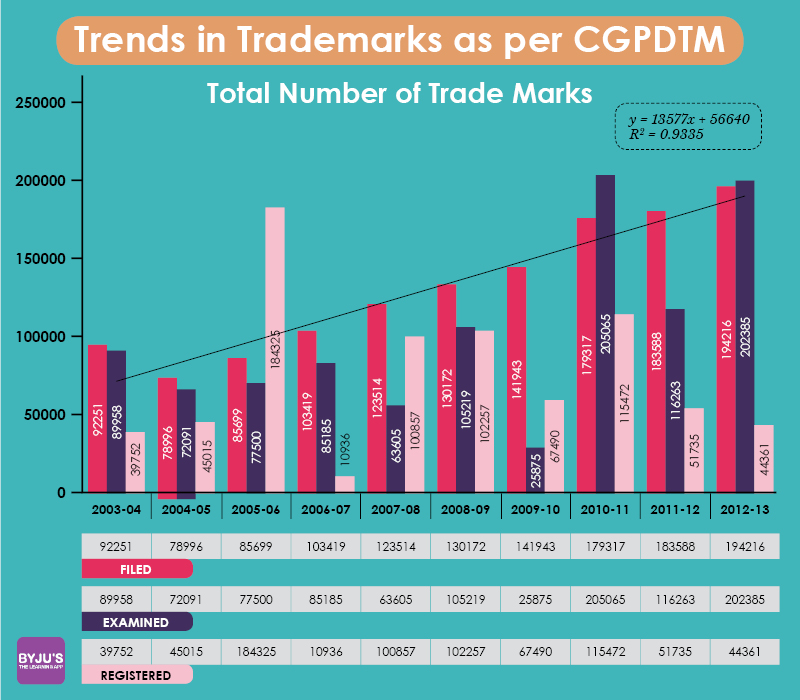 The policy seeks to put in place a legal framework that will encourage the IPR regime and reduce the time taken by the government to approve a trademark to a month by 2017. Currently, the process takes more than a year   Existing Framework: 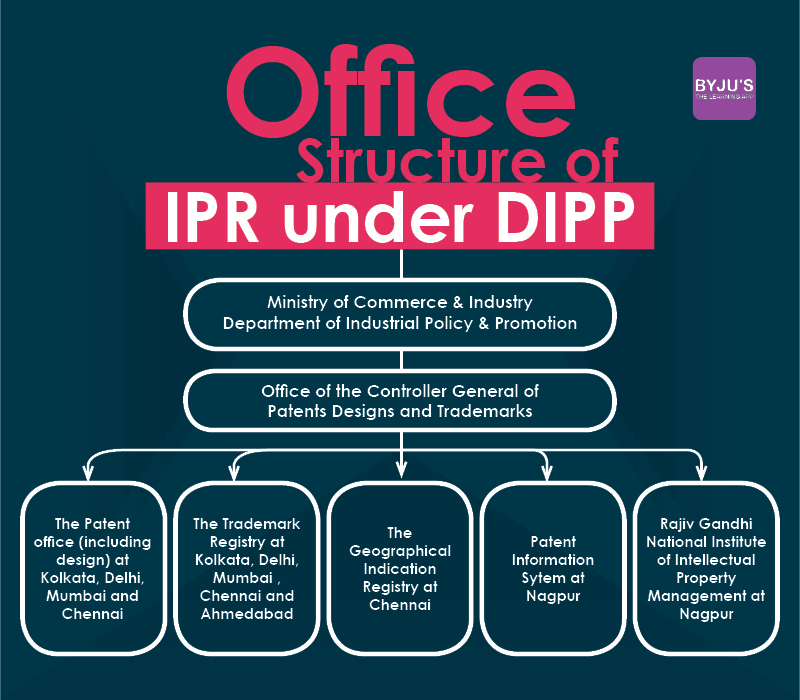 SALIENT  FEATURES: Main highlights of the IPR Policy are: 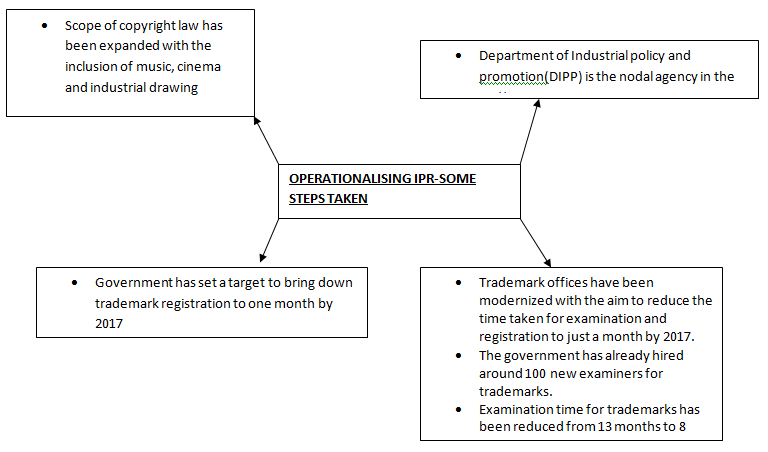