“Clocks” is one of the prime topics one should study to solve the questions appearing in the public sector entrance exams. It is a significant part of logical reasoning, which not only involves an in-depth logical analysis but also pertains to a detailed level of calculation to solve the questions in the right manner.

In this article, we bring to you the detailed concept of Clocks and the types of questions which may be asked regarding the same. Also, candidates can practise the same clock questions PDF given in this article to get a better understanding of the topic. It is a common topic with regard to the various Government exams conducted across the country.

To know more about bank exams, check at the linked article.

Every year, Clocks form an integral part of the question paper of the following list of Govt. exams that include:

To explore various SBI exams, check at the linked article.

Check out the video given below to understand the concept of Clocks even better and analyse the best ways to answer questions under this section: 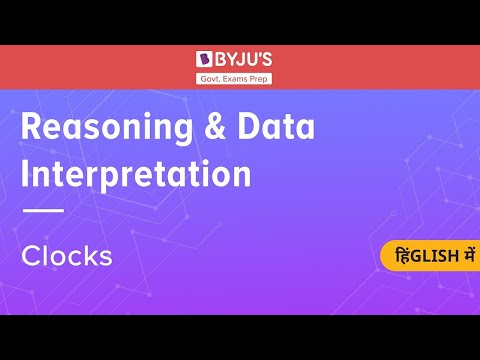 A Clock is a circular device provided with three hands viz. an hour hand, minute and second hand. The study of the clock is known as “horology”. 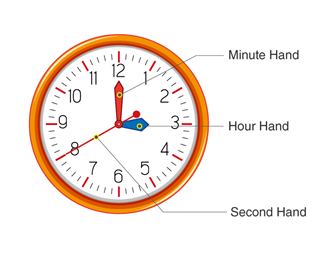 A basic structure of a clock with three hands

Structure of a Clock

A clock is composed of 360 degrees and divided into 12 equal divisions. The angle between the consecutive divisions is obtained by dividing the total angle of clock 360° by the number of divisions i.e. 12. 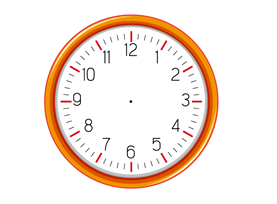 Twelve equal divisions of a clock 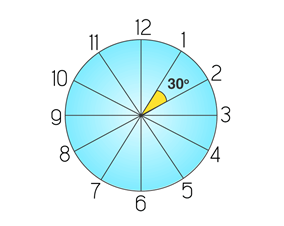 Angle divisions of a clock

A close observation of a clock reveals that an angular space between any two consecutive divisions has further five more divisions. The area between the two divisions corresponds to a value of 5 minutes. Hence, dividing the 30° by five will result in the angular value of a minute. 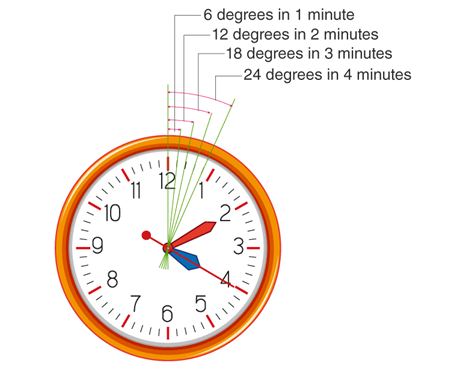 To know more about SBI PO Syllabus, check at the linked article.

Given below are a few reasoning ability concepts to prepare for the upcoming Government exams:

Angle equivalence of a minute

The table given below demonstrates the angular values of the first ten minutes:

Speed of the hands

A clock has three hooks and all three move at different rates. The speed of moving object depends on the distance travelled and the time taken to cover a specific range.

The speed is calculated by:

The speed of a minute hand:

The speed of an hour hand:

An hour hand travels 30° in an hour. i.e. it covers a distance of 5 minutes (the gap between consecutive divisions) in 60 minutes.

To know more about IBPS Syllabus, check at the linked article.

Aspirants can check the detailed section-wise syllabus for the various Government exams at the articles linked below:

Comparison of Speed of hands

Note: The evaluation of the speed of second hands is not necessary as it travels a corresponding distance of 1 second in a second.

Frequency of coincidence and collision of hands of a clock:

As we know the hands of clock moves at different speeds, they coincide and collide and also make different angle formations among themselves at various times in a day.

Q.1 How many times in a day do the minute and hour hands of a clock coincide (Angle between them is zero) with each other? 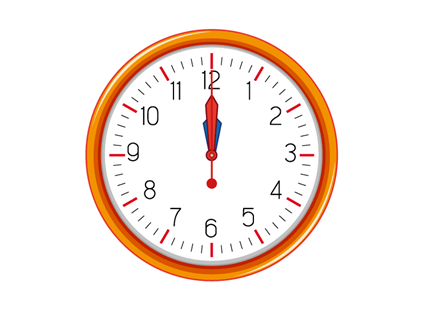 A first collision of the hands in a clock at midnight

A day starts at midnight, and hence the first-ever coinciding of hands happen at midnight. Now observing the clock, the next coincidence will occur at approximately 1’ o’clock and 5 minutes. Thus, one can conclude that every hour, there is one coincidence of hands. Therefore, the answer should be 24 times for 24 hours. But it is not the correct answer and right logic.

If 12:0:0 A.M is the first coincidence of the hands in a day then the next collision will be at 1’o o’clock 5 minutes, but the evaluation of seconds is difficult, but not impossible.

We know in 12 hours there will be 11 coincidences. Therefore, one collision will happen at:

The below table denotes the time at which both the hands of a clock collide:

Q.2 How many times in a day do the minute and hour hands of clock form a 180° straight line in a day?

The hands of the clock make one 180° straight line every hour except between 5’o clock and 6’o clock. A precise observation and analysis of the watch gives the idea that between 5 and 6 the hands make straight line 180° exactly at 6 o’clock and hence, it cannot be the one which happens between 5 o’clock and 6 o’clock. Instead it is considered as a straight line formed between 6 and 7 o’clock.

To explore IBPS RRB Syllabus, check at the linked article.

Finding the time when the angle is known:

When the angle between the hands are not perfect angles like 180°, 90° or 270°, the solving of the questions becomes difficult and time-consuming at the same time. The logic below provides a trick to address problems involving angles of hands for other than standard aspects.

(If the question is for the duration between 4 o’clock and 5 o’clock, it’s the 4th hour which is running hence the value of H will be ‘4’.)

(The value of A is provided in the question generally) 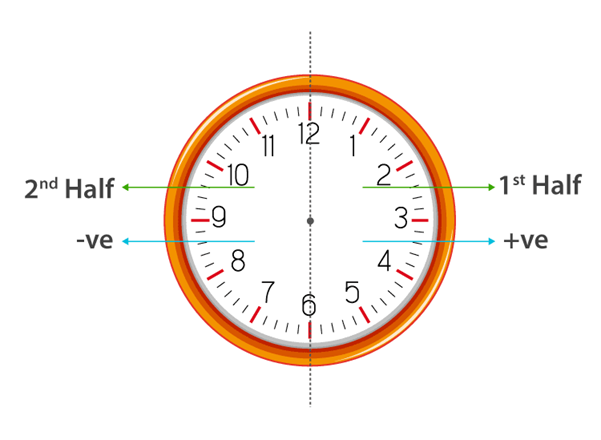 The clock is divided into two parts: 1st and 2nd half as shown above

If the time given in the question lies in the first half, then the positive sign is considered while evaluating the time else, then the negative sign is used.

Since both three and four lies in the first half considered a positive sign.

A few other links to logical reasoning based concept have been given below in the table, candidates can refer to the these for any kind of assistance:

This section involves the comparison of time in the accurate clock with the wrong watch. The wrong time indicates that a clock is either slow or fast compared to the correct time. The wrong clock can either be fast or delayed by a few seconds/minutes/ hours or sometimes by a few days and weeks.

Q.4 A clock gains 5 seconds for every 3 minutes. If the clock started working at 7 a.m. in the morning, then what will be the time in the wrong clock at 4 p.m. on the same day?

To know more about SSC JE Syllabus, check at the linked article.

Observe the monument. How many minute and hour hand/hands does Big Ben tower clock have? 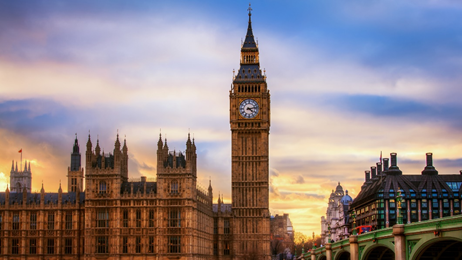 Answer: It has 4-minute hands and 4-hour hands as there are four clocks on all the four sides of it.

1. An accurate clock shows 7 a.m. Through how many degrees will the hour hand rotate when the clock shows 1 p.m.?

Option D is the correct answer.

Option C is the correct answer.

To explore about Logical Reasoning, check at the linked article.

4. What is the angle between the minute hand and the hour hand of a clock at 5.30?

To know more about RRB ALP Syllabus, check at the linked article.

5. How many times in a day, the hands of a clock are straight?

Option C is the correct answer.

Therefore, in 1 hour, the faster clock will trace 5+5=10 min more when compared to the slower clock.

The table given below depicts the time difference between the slower and faster clock:

In 6 hours, the faster clock will trace 10×6=60 minutes (an hour) more when compared to the slower clock.

Each year the level of Government exam intensifies and with minimum vacancies, the number of aspirants is very high to compete with. Thus, to ace the examinations it is important that candidates leave no stone underturned and ensure that every topic under each section is covered and well prepared.

Also, if candidates are facing any trouble with any of the logical reasoning based concepts, they can turn to BYJU’S for assistance. Not just that, also to get the latest exam pattern, study material, preparation tips or any other exam related information, candidates can turn to the same source.