The Chipko Movement was initiated by Sunderlal Bahuguna in 1973. It was a conservation movement, an uprising against the felling of trees and maintaining ecological balance.

This article will provide information about the Chipko Movement in the context of the IAS Exam.

This is useful for the environment section of the UPSC Syllabus.

The environmentalist Sunderlal Bahuguna has been in the news recently, therefore the chipko movement and related facts hold relevance for the current affairs section of various examinations.

Why in the News? 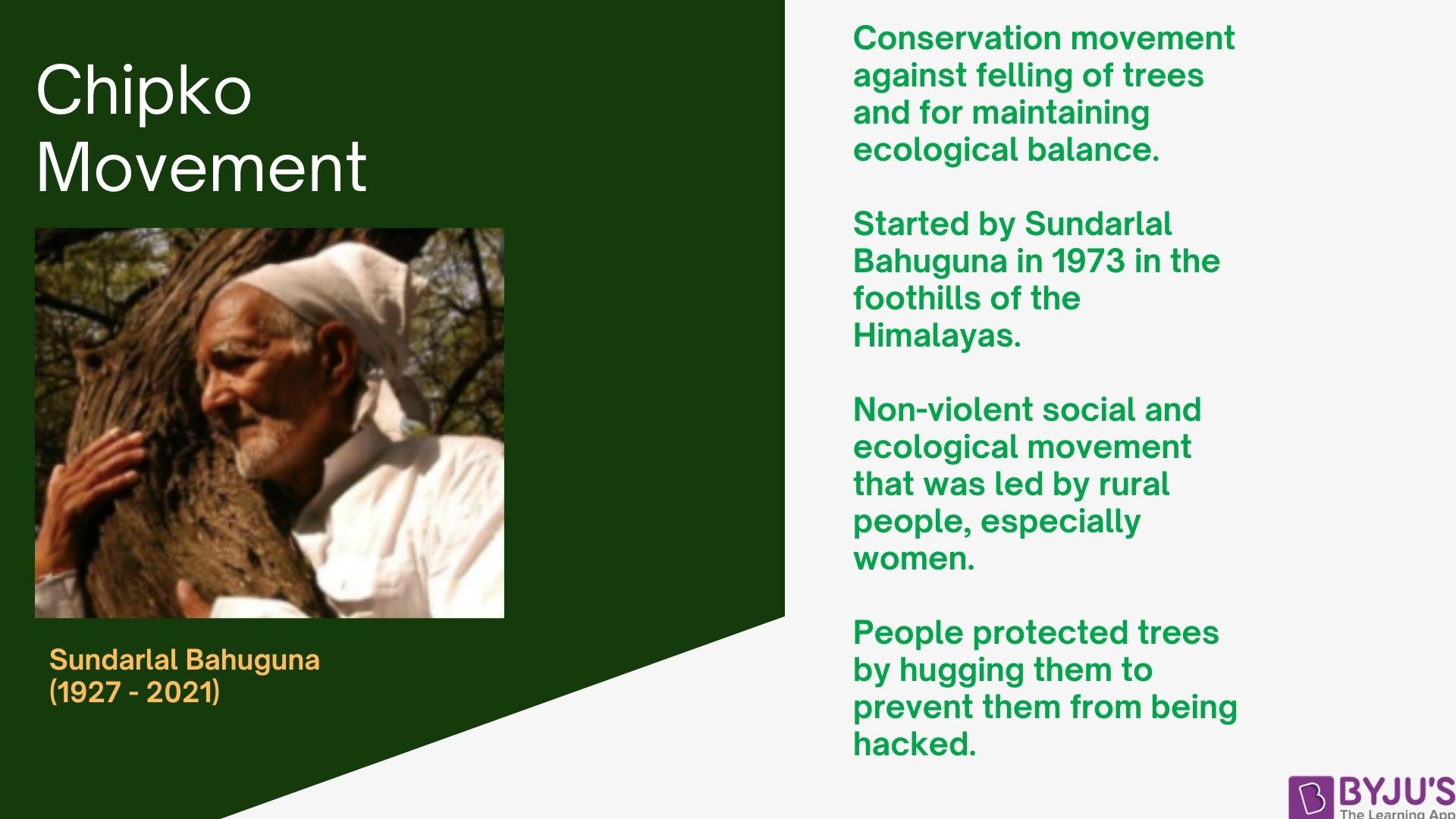 The candidates can refer to the below-mentioned links to read about other popular environmental movements of India:

The demands of the Chipko Movement are as follows:

Three important aspects were responsible for the success of the Chipko movement. They include: