Bishnoi Movement was started around 260 years back in the early part of the 18th century in Rajasthan by the Bishnoi community. A large group of them from 84 villages led by a lady called Amrita Devi laid down their lives in an effort to protect the trees from being felled on the orders of the Maharaja (King) of Jodhpur.

This article will provide information about the Bishnoi Movement in the context of the IAS Exam.

This topic is useful for the Environment section of the UPSC Syllabus.

The candidates can refer to other popular Environmental movements in India from the links provided below:

The movement had four major objectives: 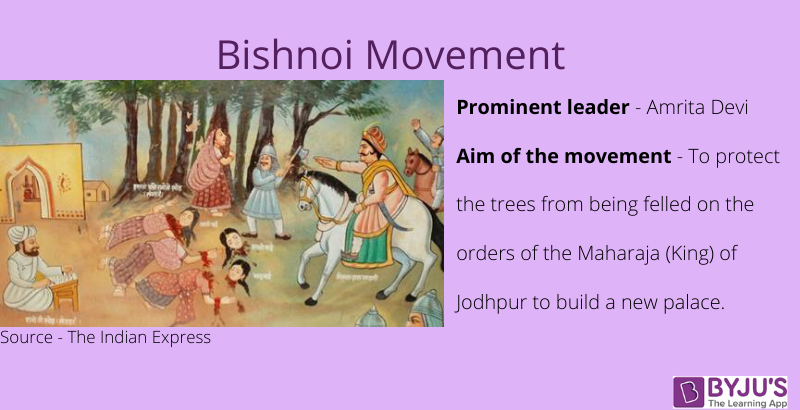 The success of Bishnoi Movement