Sambhar Lake is popularly known all over the world as Sambhar Salt Lake, and it is situated in the state of Rajasthan. Sambhar Lake was designated as a Ramsar site in March 1990 due to its biological and biotic importance and in particular because of a wintering area for tens of thousands of flamingos, pelicans, and other migratory birds from northern Asia.

This article is about one of the important lakes in India – Sambhar Lake in the context of the IAS Exam.

This article is part of the Geography section of the UPSC Syllabus and also contains relevant information from the perspective of environment conservation.

An expert study by a research team of the Central University of Rajasthan’s School of Earth Sciences has stated that the Sambhar Lake ecology is facing serious threats such as the shrinking of the lake due to the degradation of soil and water quality, a diminishing population of migratory birds, etc. Therefore, the team has recommended urgent action to restore the lake’s ecosystem for conserving the birds and biodiversity as well as the salt production.

The candidates can read relevant information for their upcoming exams from the links provided below: 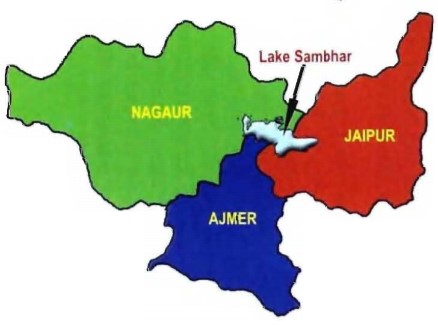 The climatic and physiographic features of Sambhar lake are discussed below:

Topography of the Lake To read more about the Types of Soil in India, check the linked article.

Sambhar Lake was designated as a Ramsar site in 1990 due to the following reasons/ importance of the place. They are detailed below:

The major issues that could attribute to the threatening of wetland ecosystem of Sambhar lake are as follows:

Get relevant geography and environment notes, questions and strategies from the links below: