1. Stepping into the unknown

2. Remains of the day

3. Capital project: The making of Amaravati

a) We need to identify the gaps in official data and analysis and determine ways on how best we can bridge them:

a) Government package for high-potential textile sector a welcome move

a). Caste-based Census data should be made public: Nitish Kumar

d) Govt. not sure of time frame for final Naga accord

i) Shocked EU tells Britain to leave as soon as possible

ii. Can Britain opt for the Norway model?

iv)  Rajan gets into a huddle in Basel

v. Free trade talks with EU to be ‘modified’

vi. U.K. vote to exit EU will have near-term ramifications for the Indian economy

2. Remains of the day

3. Capital project: The making of Amaravati

Topic: Building a capital for Andhra 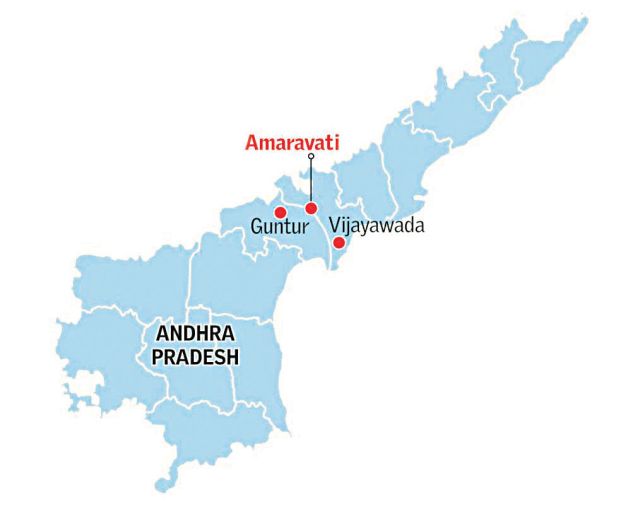 The Vice President said that statistics has always been intimately linked to the social dimensions of the State. The relevance and effectiveness of policy judgments depended on the quality of data and the efficacy of analysis and interpretation and it was important therefore that public institutions had access to the best social statistics and statistical analysis, he added.

b) Shri Ananth Kumar calls for doubling the output of Chemicals and Petrochemicals industry in next five yearsThe Chemicals & Petrochemicals industry in the country is growing at the rate of 11 – 12 % and producing output worth $200 billion annually. The minister called upon the industry to target a growth rate of 14.7% per annum so as to double its output in next 5 years.He said that there are 22 refineries in the country, and there is a move to set up chemical hubs around them. This will result in savings as cluster approach can reduce costs. The projects need not be confined only to the Greenfield projects but also cover the Brownfield projects i.e. the projects already running at various places.

He said that the Government has opted for Coal Gasification route for Talcher Fertilizer plant and is also laying gas pipelines to make available gas in the Eastern part of the country. On the issue of reverse SEZs, he said that the discussions are on with Iran and Mozambique, and other places can also be explored.The sector contributes 3.8% to Indian GDP and 9.4% to exports, the per capita consumption of the products is low and hence, there is immense potential to grow.It was also informed that the National Chemical Policy covering all aspects of the industry is on the anvil which will help in scaling up investments and realize Economies of Scale.

c) CAG of India Formulates Big Data Management Policy to Meet Future Challenges The auditing Institution in India has taken several initiatives towards use of latest data analytical tools for audit planning & analysis and is also fine tuning its methodology for audit of environmental issues for better impact.  This was disclosed by Comptroller and Auditor General of India Shri Shashi Kant Sharma in Beijing today. He was delivering a key note address at the 1st Meeting of the Supreme Audit Institutions of BRICS countries in Beijing.

d) Ministry of HUPA comes out with Draft Real Estate Rules; seeks suggestions from public in 2 weeks Minister of Housing & Urban Poverty Alleviation has formulated Draft Real Estate Rules within two months of some sections of the Real Estate (Development and Regulation) Act,2016 coming into force on first of May this year. The Rules provide for payments to be made for registration of projects and real estate agents with the Regulatory Authority, documents and information to be furnished by developers, procedures to be followed for registration, extension and  renewal of registration, procedures for filing and hearing of complaints and appeals, appointment and service conditions of the Chairpersons and Members of Real Estate Regulatory Authorities and Appellate Tribunals and their powers etc.

e) Ministry of HUPA to promote regional planning to meet urban housing demand Minister of State for Housing & Urban Poverty Alleviation and Urban Development has said that the Government will promote regional planning by moving beyond city-centric planning for construction of houses in satellite townships, peri-urban and peripheral areas to meet the housing demand in urban areas.  The Ministry is close to finalizing a pro-acive, practical and pragmatic Rental Housing Policy keeping in view that 27% of the housing demand is for such rental housing. To move beyond city-centric planning for housing, construction of houses under Pradhan MantriAwasYojana (Urban) is being allowed in planning areas which go beyond city limits

f) Six States/UTs signed 24×7 “Power For All” documents during two days states Power Ministers’ Conference in Goa As on date, in partnership with all the States/UTs, 24×7 PFA documents have been finalized except Uttar Pradesh, out of which 28 States have already signed the Documents.

The plans aims to provide each household access to electricity, 24×7 reliable Power supply and adequate supply to Agricultural consumers as per state policy by 2019.

The plans for each State/UT envisions reduction of AT& C losses by increasing the collection efficiency and effective metering so as to achievefinancially viable 24×7 Power Supply.

It also emphasise on the development of transmission and sub transmission network which plays vital role in providing round the clock power supply.

Further, these documents chalks out a plan for increasing generation through renewables and energy efficiency measures which suggests replacement of Incandescent lamps/CFL bulbs with LED bulbs under UJALA programme

g) MoU signed between RD Ministry & ISRO for geo-tagging assets A Memorandum of Understanding was signed here between the Rural Development Ministry and ISRO, Department of Space for geo-tagging the assets created under MGNREGA in each gram panchayat. The move comes after the Prime Minister during a review meeting recently had underlined for online recording and monitoring of assets to check leakages and for effective mapping of terrain for future developmental works. Around 30 lakh assets are created annually across the country under the rural job scheme and the Ministry has decided that through convergence with other schemes, the geo-tagging of such assets will be done on a mission mode

2. The Financial Express:
3. The Business Line:

a) Government package for high-potential textile sector a welcome move

a) Caste-based Census data should be made public: Nitish Kumar

Bihar Chief Minister Nitish Kumar, on Friday, reiterated his demand that caste-based data of the Census of India(Socio-Economic Caste Census SECC-2011) be made public “to ensure the empowerment of all those lagging behind in development.”The caste-based Census data will also explode several myths about development of backward and marginalised people, he said

The Ministry of Home Affairs (MHA) has returned 14 Bills passed by the Delhi Legislative Assembly over the course of the past one year, including the contentious Jan Lokpal Bill, which sought “overriding powers” to punish Central government employees for graft. A senior government official said the Bills were “unilaterally” passed by the AamAadmi Party-led Delhi government without following the “requisite procedures.”

The Bills were returned when they came to the MHA for assent through the office of Lieutenant Governor as none of the Bills was passed with “prior assent.” The Delhi government, however, contended that this was not required as per provisions of the Government of National Capital Territory of Delhi Act (GNCTD), 1991

“The Bills have not been rejected, they have only been returned. If the Delhi government sends them back after following due procedures, they will be looked into afresh,” said the Home Ministry official.

A meeting was chaired by the Home Minister which was also attended by the Chief Secretaries of Chhattisgarh, Jharkhand, Bihar, Andhra Pradesh, Odisha, Telengana and Maharashtra. The meeting asked the States and the Ministries concerned to complete the projects sooner.

The Home Minister said the deaths due to Naxal violence had declined by 42 per cent during 2015, compared with 2013

d) Govt. not sure of time frame for final Naga accord

Almost a year after the Naga framework agreement was signed by the government with the National Socialist Council of Nagalim (Isak-Muivah), the largest Naga insurgent group, the government is still not sure of giving a “time frame” for the final peace pact.On August 3, 2015, the government signed the ‘framework agreement’ with the NSCN-IM for finding a final solution to the vexed Naga issue.The NSCN-IM has been in talks with the Centre’s representative for the last 17 years ever since it had entered into a ceasefire agreement in 1997.