India has historic and strong bilateral ties with its neighbour, Afghanistan, and both are a part of several regional level partnerships, like the South Asian Association for Regional Cooperation (SAARC).

According to the MEA, the friendly relations can be traced back to January 1950 when a five-year Treaty of Friendship was signed by then Prime Minister of India Jawaharlal Nehru and Afghan’s then Ambassador to India Mohammad Najibullah.

The topic about bilateral relations between India and Afghanistan is a must-know for those aspirants who seek a career in the Indian Foreign Services.

This article will examine the India-Afghanistan relations that have traditionally been strong and friendly, marked by the deep cultural ties that exist through links in fields such as music, food, and language, as well as Bollywood and cricket.

For more articles related to India’s foreign affairs, click on the links given in the table below: 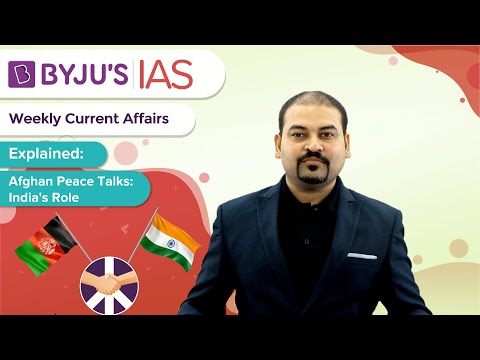 India was the only South Asian country to recognize the Soviet-backed Democratic Republic of Afghanistan in the 1980s, though relations were diminished during the 1990s Afghan civil war and the Taliban government. India aided the overthrow of the Taliban and became the largest regional provider of humanitarian and reconstruction aid to Afghanistan. Indians are working in various construction projects, as part of India’s rebuilding efforts in Afghanistan.

To know more about the current situation in Afghanistan, visit the linked article.

To know more about Indo-Nepal relations, visit the linked article.

Economic Relations between India and Afghanistan

When did relations between India and Afghanistan fully develop?

Although contact has always existed between the populations of Afghanistan since the days of the Indus Valley Civilisations, diplomatic relations between the two nations were officially developed post the 1950’s. In January 1950, a five-year Treaty of Friendship was signed between the two countries in New Delhi.

Did India establish any relations with the Taliban regime while they ruled in Afghanistan?

The Taliban regime was recognized only by Pakistan, Saudi Arabia, and the United Arab Emirates (UAE). The destruction of the Bamiyan Buddha monuments by the Taliban led to outrage and angry protests by India. In 1999, the hijacked Indian Airlines Flight 814 landed and stayed in Kandahar in Afghanistan and the Taliban were suspected of supporting them. India became one of the key supporters of the anti-Taliban Northern Alliance following these developments.

What kind of military assistance does India provide Afghanistan?

Beside providing equipment such as attack helicopters, military assistance also includes the training of Afghan security personnel by the Indian Army.

For more articles related to India’s foreign affairs, click on the links given in the table below: