For radial probability curves, which of the following statement(s) is/are correct? 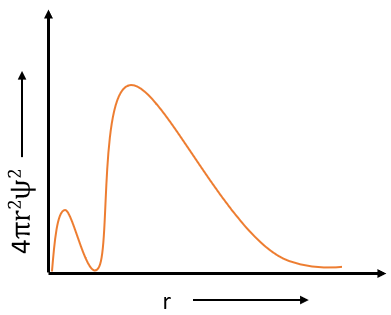