Byju's Answer
Standard XII
Physics
Static Friction
If i push a b...
Question

First of all when a man push the box, the box exerts an equal but opposite reaction on the person, the action and reaction. If this was the only force in action the box would indeed remain stationary, however there is another force between the man and the ground. The person's leg press down on the ground and the ground pushes back on the man.This force prevents the man from moving.

Here the action-reaction pair deal with two different bodies. The forces do not cancel out. We should only be summing up forces on a particular body. So, the box experiences a force from me, and if that force overcomes friction, the box will move!

Statement I: Block A is moving on the horizontal surface towards the right under the action of force F. All surfaces are smooth. At the instant shown, the force exerted by block A on block B is equal to the net force on block B.

Q. A block of mass 1 kg is pushed against a rough vertical wall with a force of 20 N. coefficient of static friction being 14. Another horizontal force of 10 N is applied on the block in a direction parallel to the wall. Will the block move? If yes, with what acceleration? If no, find the frictional force exerted by the wall on the block. (g=10 m/s2).
Q. Consider the four wooden blocks shown below. 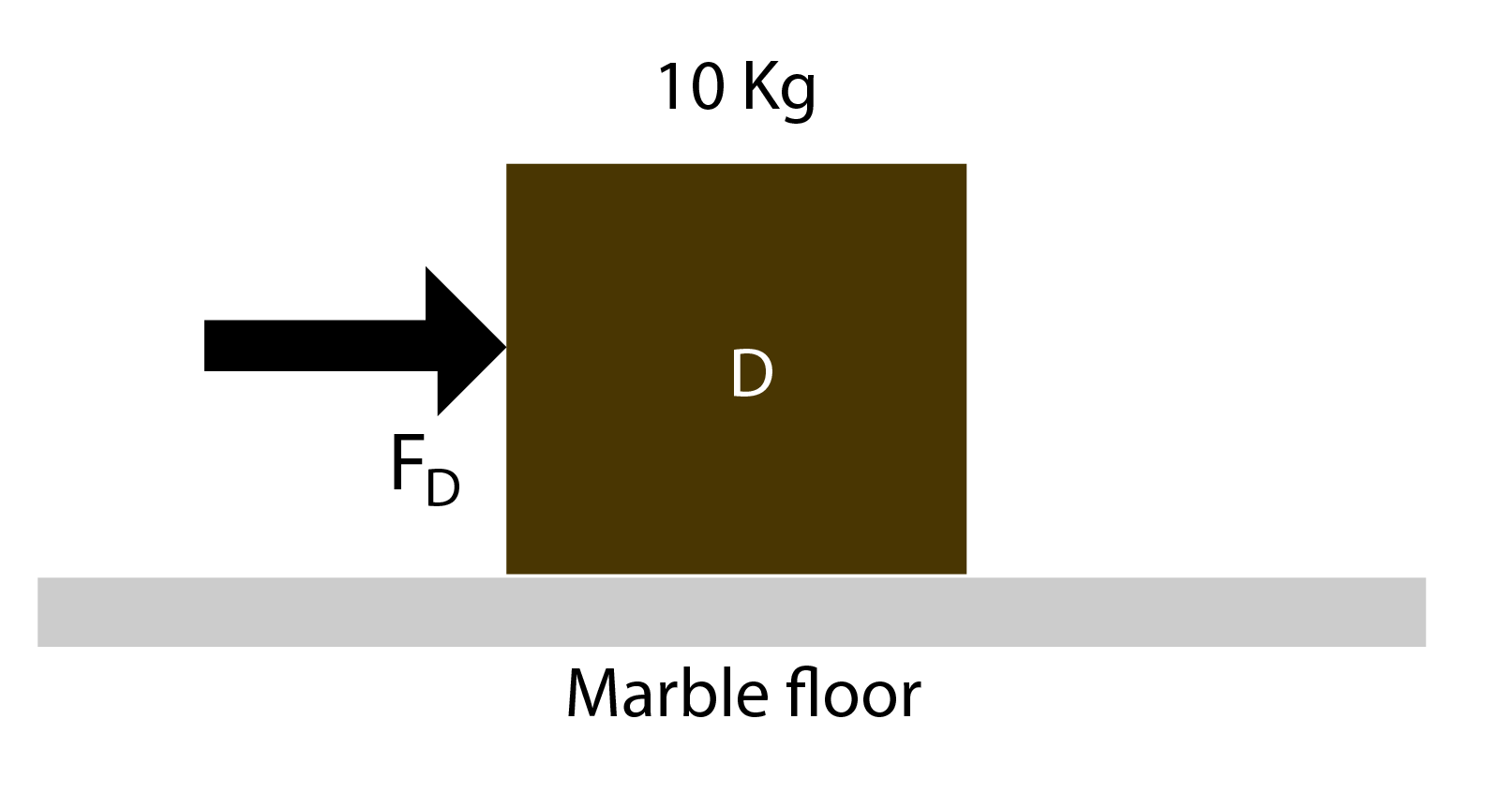