On January 1, 2011, Vibha sold goods worth Rs. 18,000 to Sudha and drew upon the latter a bill of exchange for the same amount payable after two months. Sudha accepted Vibha draft and returned the same to Vibha after acceptance. Vibha endorsed the bill immediately in favour of her creditor Geeta. Five days before the maturity of the bill Sudha requested Vibha to cancel the bill since she was short of funds. She further requested to draw a new bill upon her including interest of Rs. 200. Vibha accepted Sudha's request. Vibha took the bill from Geeta by making hte payment to her in cash and cancelled the same. Then, she drew a new bill upon Sudha as agreed. The new bill was payable after one month. The new bill was duly met by Sudha on maturity.
Record the necessary Journal entries in the books of Vibha. 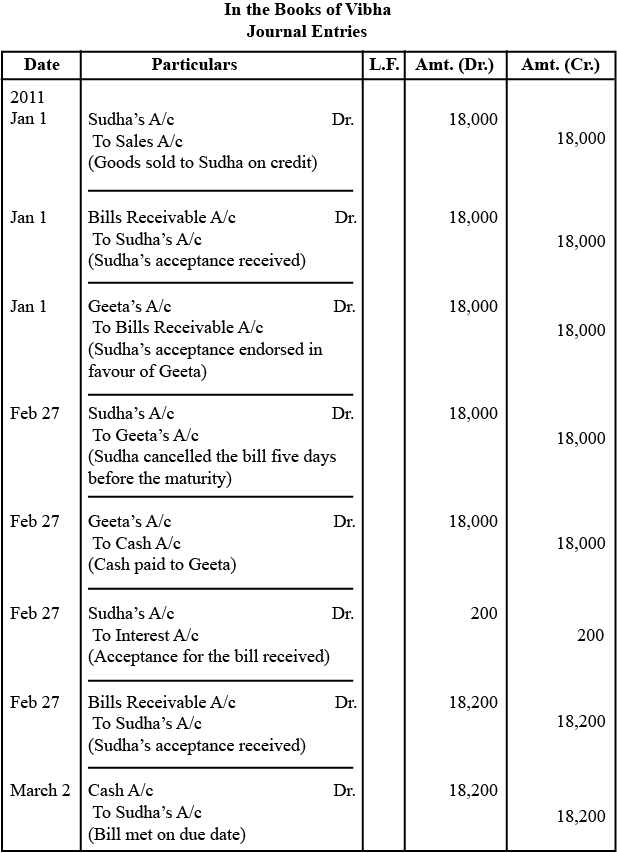