Slash and burn farming is known with different names around the world. Match the name with the place.

The correct option is
Slash and burn farming is practised in the thickly forested areas of the Amazon basin in Brazil, where it is called Roca. The same kind of farming practised in tropical Africa, Mexico, is called Milpa. In parts of southeast Asia, such as India, it is known as Jhum cultivation. It is practised in the Northeastern part of India, as well as in some regions of the Chhotanagpar plateau region. 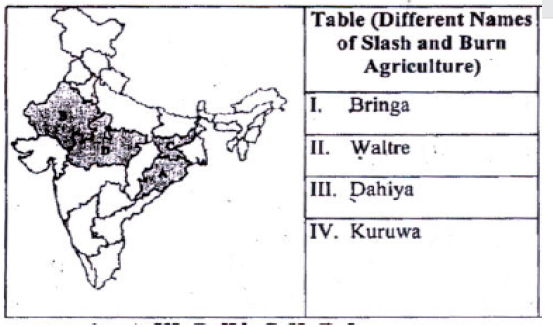