Antimatter is any substance that, when combined with an equal amount of matter, results in the complete and direct conversion of all substance to energy. Antimatter is composed of antiparticles. Each particle of matter has a corresponding antiparticle of antimatter.
The antiparticle of an electron is known as a positron. It has the same mass as an electron, but opposite electric charge (positive rather than negative). The antiparticle of the proton is called an antiproton. It has the same mass as a proton, but opposite charge (negative rather than positive). The antiparticle of the neutron is an antineutron. It has the same mass as a neutron, and, like the neutron, has no electric charge. However, the relationship between two properties called spin and magnetic moment is different in the antineutron than in the neutron.
Antiparticles have been found in cosmic rays, and are also produced in particle accelerators (also known as atom smashers). An antiparticle never lasts for very long, because shortly after it forms, it encounters one of its equivalent matter particles, and both are annihilated, yielding pure energy. Artificially produced antimatter has practical applications, especially in medical science, where it is involved in the operation of positron emission tomography (PET) scanning equipment. Antimatter has been suggested as a possible propellant for spacecraft, a source of energy for public consumption, and as material for a doomsday bomb that would vaporize the earth. However, all these potential applications require the isolation of large amounts of antimatter, and the technology for this does not yet exist.

Similar questions
Biology
Q3.
What does this figure actually indicate ? Name the causative agent for the disease. 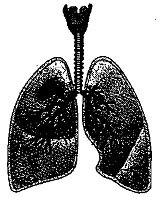