Which of the following statements about fossils is NOT true?

The correct option is C The fossil record is now complete.
Fossils include bones or imprints of ancient organisms preserved in rock. The study of these fossil records has helped us understand our planet Earth through the changing times, starting with its origin. Fossil records are used to study huge varieties of organisms that have existed through the ancient times. Through their studies, certain groups of fossilised organisms have also been found to exhibit characters which were missing links between two existing groups of organisms. Thus, fossil studies indicate the existence of transitional species. However, these studies have been going on till date, and the discovery of the fossils of undiscovered species would continue to happen. Hence, it would be wrong to state that the fossil record is now complete.

Suggest Corrections
0
Similar questions
Q. A living fossil is a living species of organism that closely resembles species otherwise known only from the fossil records. Which of the following is not a living fossil?
Q. Statement 1: Fossils are preserved traces of living organisms.

Statement 2: Fossils which are found closer to the surface are more recent than the fossils in deeper layers.
Q. Read the following statements.
(i) Fossils are remains of parts of organisms on rocks, molds and casts or even the faecal matter
(ii) Dinosaurs disappeared about 65 million years ago
(iii) Lobe-finned fishes evolved into reptiles
(iv) Study of fossils is called paleontology

How many of the above statements are correct?
Q. Fossils are the preserved remains or traces of animals, plants and other organisms from the remote past. Fossils of sea organisms that no longer exist are sometimes found in high mountain areas. How do scientists explain these discoveries? 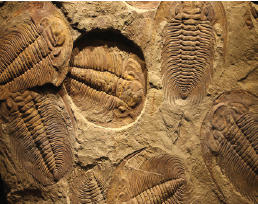