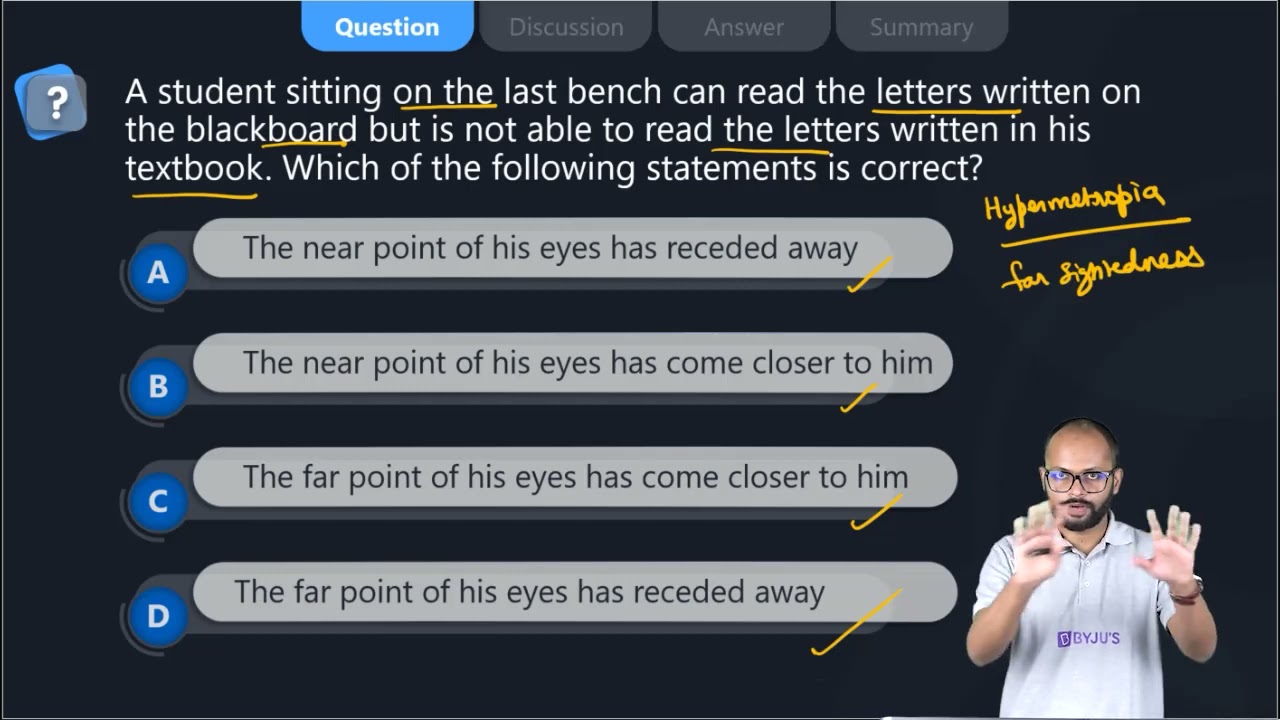 Answer: (a) The near point of his eyes has receded away

Near the point of eye move away for 25 cm in hypermetropia. Hence the person should keep the book 25 cm apart to read properly.

Hypermetropia is a condition in which a person can see distant objects clearly but cannot see nearby objects distinctly.