Power can be defined as the rate at which work is done i.e. energy converted. The formula for power is

Learn more about power from the video given below: 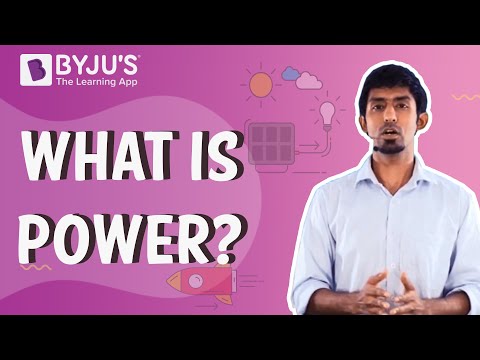