Rhizopus is a genus of fungi. It is commonly called bread mould.

1. They are fast-growing fungi and have a cottony appearance
2. The body of rhizopus consists of branched mycelium. The mycelium is coenocytic and composed of three types of hyphae; stolon, rhizoids and sporangiophores
3. Stolon is the internodal region, it is aerial, forms an arch and touches the substratum forming nodal region
4. Rhizoids are formed where the stolon touches the substratum at nodes. They are branched, anchor the mycelium to the substratum and absorb food
5. Sporangiophores are the aerial and reproductive mycelia. They are branched and consist of sporangiospores terminally
6. The cell wall is made up of chitin. The cytoplasm is multinucleated and consists of other cell organelles such as mitochondria, endoplasmic reticulum, Golgi bodies, vacuoles and oil droplets
7. They reproduce by vegetative, asexual and sexual methods 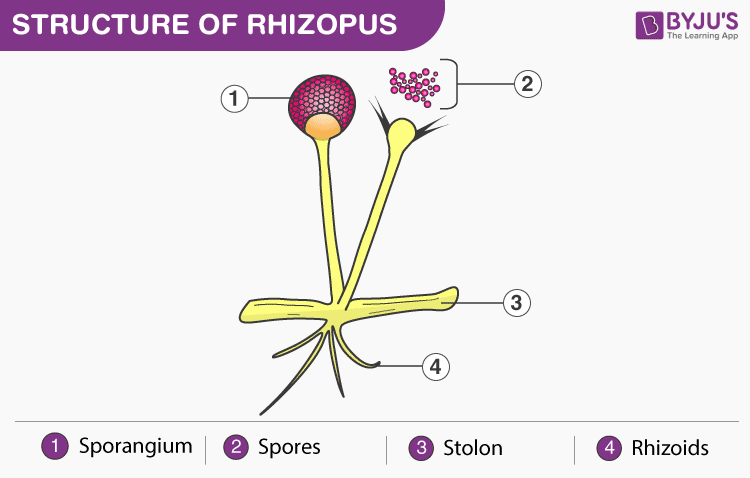 Organisms that can prepare their own food are called The day neutral plant is Minamata disease is caused due to presence of ______ in water. The ovary is half inferior in flowers of Knee joint is an example for Lateral root arises from Commonly used vectors for human genome sequencing are VAM stands for Abiotic environment does not include Longest nerve in human body is