The incident ray AB and the refracted ray BC and the perpendicular of B to the surface separating the two media Mo and M1 lie in the same plane. 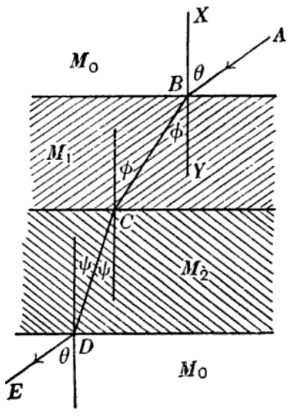