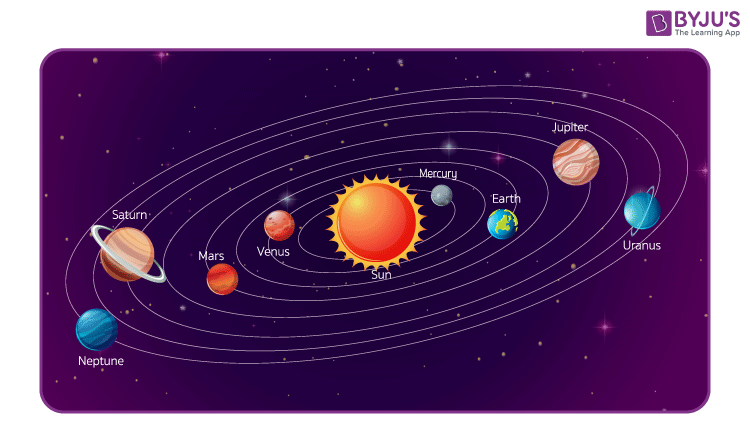 The solar system in simple words can be described as the sun and all the objects around it. The solar system is very huge and consists of many objects held together by the gravitational force. The sun is the centre and the biggest object in the solar system. It also consists of eight planets, satellites, asteroids, comets, and dwarf planets.