Statements
Some leaves are skies.
All skies are clouds.
No cloud is a boat. 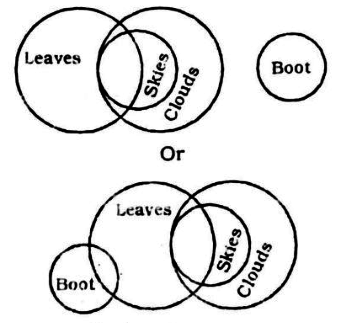