Reproduction is necessary for continuing the existence of a species, but such an alarming growth will definitely lead to the shortage of many basic necessities. This thought marked the onset of family planning in India. In 1970’s, the government came forward with effective methods to control the population. Medical termination of pregnancy is a method to control the population, although its real purpose is not that. Let us have a glance at the medical termination of pregnancy and its legal views.

Medical Termination of Pregnancy (MTP) is a legalized method of termination of pregnancy, intentionally, before its full term. It is also known as induced abortion or intentional or voluntary termination of pregnancy. As per the records, in a year, around 50 million MTPs take place all over the world. Many misinterpret MTP as a birth control method. Thus, it is misused. Though it counteracts the uncontrollable population, it is not meant for controlling the population. 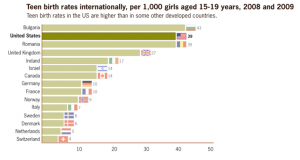 Medical termination of pregnancy is the method to terminate the unwanted or unintentional pregnancies. From the emotional, ethical, religious and social point of views, MTP is considered unethical and is still a debatable topic.  Medical Termination of Pregnancy (MTP) Act, 1971 is an effort of the Indian government to get rid of unwanted pregnancy legally without any misuse. This act mainly focuses on unwanted pregnancies and is applicable to all women with certain terms and conditions. Legally, a woman can do abortion only under the following conditions: The risk of abortion increases as time passes on. The first trimester (up to 12 weeks) of pregnancy is considered safe for abortion. As a woman enters the second trimester, risk factors may increase and can even be fatal to the mother.

The worst part of MTP is that majority of them are performed illegally by unqualified frauds. Moreover, there are a few evil practices related to reproduction still prevalent in our society which majorly includes female foeticide. For the purpose, misuse of the amniocentesis test is also taking place.

To stop this crime, a legal ban has been put on the amniocentesis test – sex determination of the unborn kid by analyzing the chromosomal content of the amniotic fluid surrounding the fetus.

Restrictions and rules might control the illegal MTPs and female foeticides. However, the counselling and general awareness of gender equality and risk factors related to unsafe sexual contacts may take a long way to avoid unhealthy acts.

For more details on MTP and reproductive health with video lessons, visit BYJU’S.