An angle is formed when two rays intersect, i.e. half-lines projected with a common endpoint. The corner point of angle is known as the vertex of the angle and the rays as the sides, i.e. the lines are known as the arms. It is defined as the measure of turn between the two lines. The unit of angle is radians or degrees. There are different types of formulas for angles some of them are double-angle formula, half-angle formula, compound angle formula, interior angle formula etc. 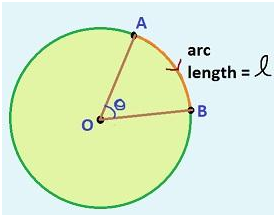