In its anhydrous form, it appears as a white to a yellowish-red compound which is lumpy solid and has a pungent odour. In its aqueous form, it appears as a liquid. It is very corrosive to eyes, mucous membranes, and skin. It is widely used to make various chemicals. It acts as a sol in many organic solvents such as benzene, toluene, simple hydrocarbons, nitrobenzene, and xylene. 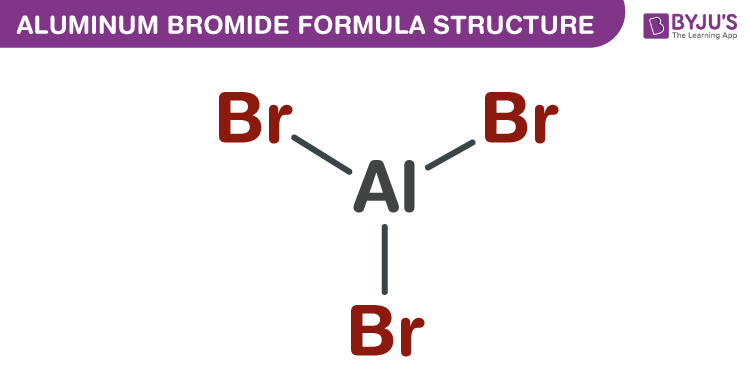 To learn more about Aluminum Bromide formula from the expert faculties at BYJU’S, register now!