Pythagorean Theorem is one of the most fundamental theorems in mathematics and it defines the relationship between the three sides of a right-angled triangle. You are already aware of the definition and properties of a right-angled triangle. It is the triangle with one of its angles as a right angle, that is, 90 degrees. The side that is opposite to the 90-degree angle is known as the hypotenuse. The other two sides that are adjacent to the right angle are called legs of the triangle. 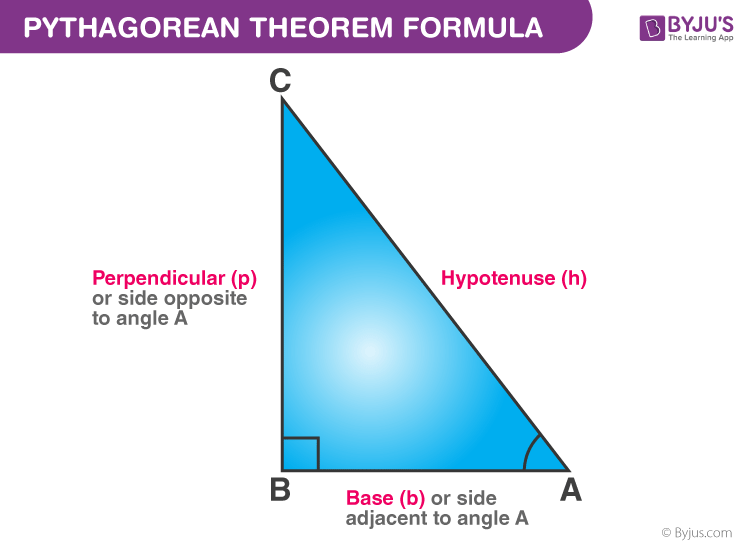 Let us call one of the legs on which the triangle rests as its base. The side opposite to the right angle is its hypotenuse, as we already know. The remaining side is called the perpendicular. So, mathematically, we represent the Pythagoras theorem as: 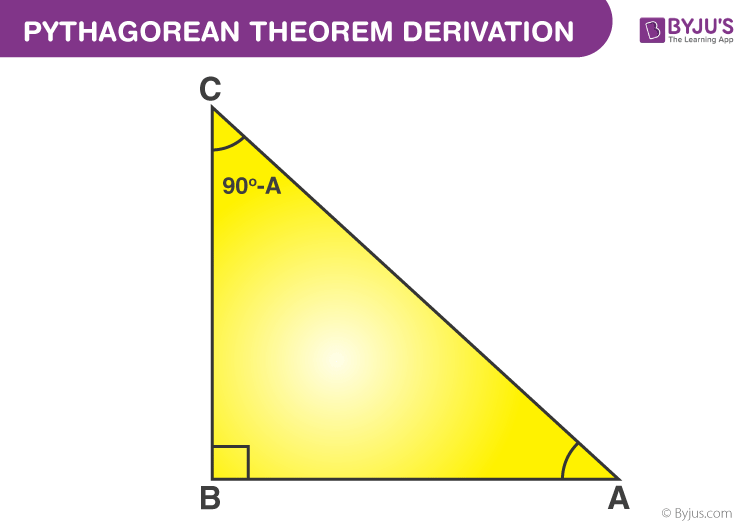 Let BD be perpendicular to the side AC. 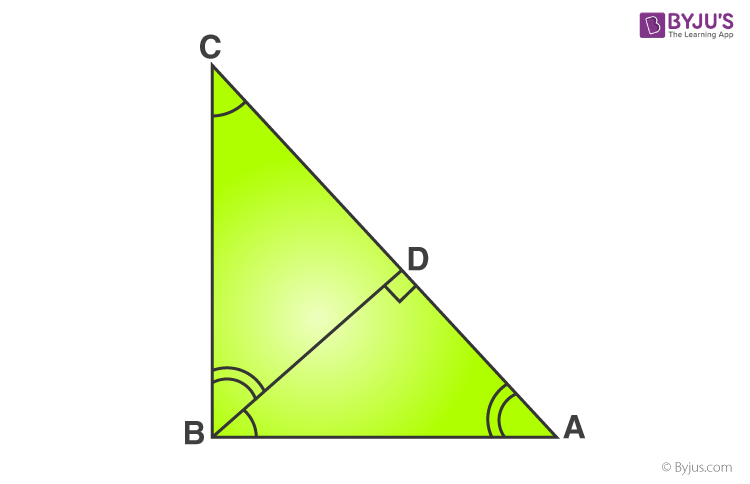 From the above-given figure, consider the  ΔABC and ΔADB,

Using the AA criterion for the similarity of triangles,

Considering  ΔABC and ΔBDC from the below figure. 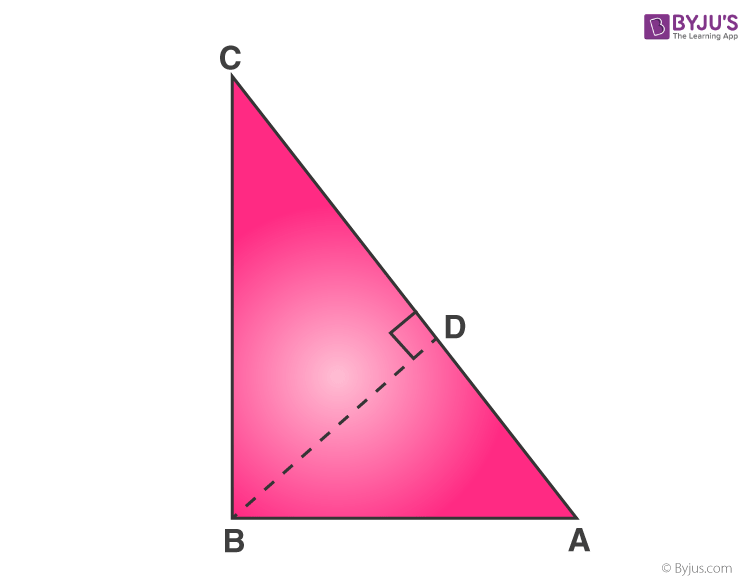 Using the Angle Angle(AA) criterion for the similarity of triangles, we conclude that,

From the similarity of triangles, we conclude that,

So if a perpendicular is drawn from the right-angled vertex of a right triangle to the hypotenuse, then the triangles formed on both sides of the perpendicular are similar to each other and also to the whole triangle.

The following are the applications of the Pythagoras theorem:

Question 1: Find the hypotenuse of a triangle whose lengths of two sides are 4 cm and 10 cm.

Hence, the hypotenuse of the triangle is 10.77 cm.

Question 2: If the hypotenuse of a right-angled triangle is 13 cm and one of the two sides is 5 cm, find the third side.

Hence, the other side of the triangle is 12 cm.

To solve more problems on the topic, download BYJU’S – The Learning App.

What is the formula for Pythagoras Theorem?

The formula for Pythagoras Theorem is given by:

Where a, b and c are the sides of the right-angled triangle with hypotenuse c.

What is meant by Pythagoras Theorem?

The Pythagoras theorem states that the square of the length of the hypotenuse is equal to the sum of squares of the lengths of the other two sides of the right-angled triangle.

What is the use of Pythagoras Theorem?

What is the real-life application of Pythagoras Theorem Formula?

The length of diagonal connecting two buildings can be calculated using this formula.

Also, we use this formula along with trigonometry concept, to find the angle of elevation if a person seeing an object kept at top of the building with respect to the horizontal line. The angle of depression is calculated when the object is kept below the line of sight of the person.