Camphor formula, also known as 2-Camphanone formula or Kampfer formula is discussed in this article. It is a bicyclic monoterpene ketone which is found plants like Cinnamomum Camphora. The molecular or chemical formula of Camphor is C10H16O. Kampfer is colourless to white waxy crystalline powder. It is flammable and has a strong aroma or mothball-like smell. Camphor Oil is extracted from the wood of camphor laurel. It has properties such as anti-inflammatory, analgesic, an insect repellant, in various topical skin preparations, and in embalming fluids. 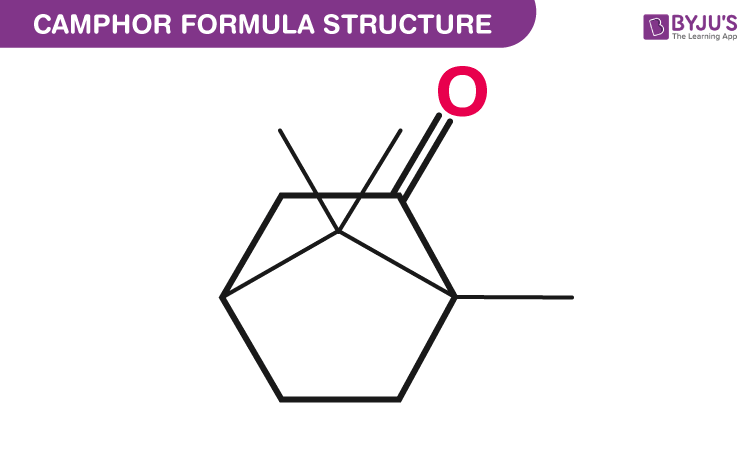 To learn more about Camphor formula from the expert faculties at BYJU’S, register now! Also, you can download notes on Kampfer for free.