Sulfan is obtained as a colourless to white crystalline solid. It dissolves in water and reacts to give sulfuric acid. Its odour depends on its form. In its vapour form, it has a pungent smell like sulfur dioxide whereas mist has no smell. On an industrial scale, it is prepared as a precursor to sulfuric acid. In the laboratory, Sulfan can be prepared by two-stage pyrolysis of NaHSO4. Sodium pyrosulfate is an intermediate product. It is widely used in sulfonation reactions as an essential reagent. 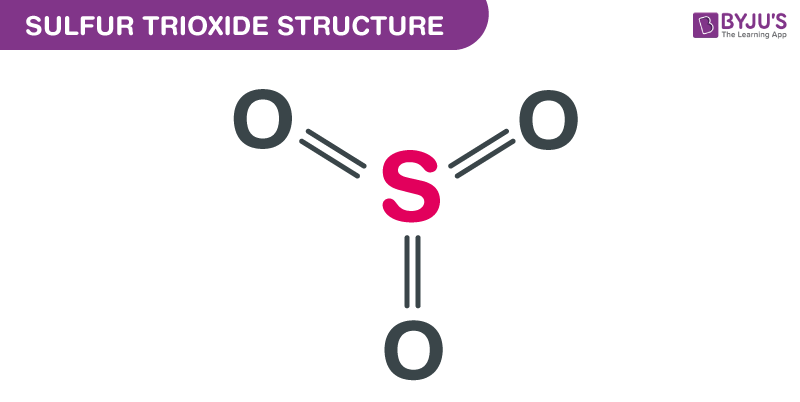 Oxosulfane dioxide is highly hygroscopic. The heat of hydration is sufficient for the mixtures of Sulfur Trioxide, wood or cotton to ignite. It is hazardous as it can cause severe eye and skin burns. Ingesting this compound results in severe burns of mouth, stomach, and oesophagus.

To learn more about Sulfur Trioxide formula from the expert faculties at BYJU’S, register now!