Tungstic acid was discovered by Carl Wilhelm Scheele which is an oxyacid of tungsten which is formed by neutralising the alkaline solutions of tungstate. It is also known as wolframic acid, tungstic(VI) acid, dihydrogen tungstate and orthotungstic acid. The property value of hydrogen bond donor and hydrogen bond acceptor are 2 and 4 respectively.

Following is the table of formulas of tungstic acid:

Tungstic acid can be obtained by reacting hydrogen carbonate and sodium tungstate. The other way preparing is by using pure tungsten by reacting it with hydrogen peroxide. 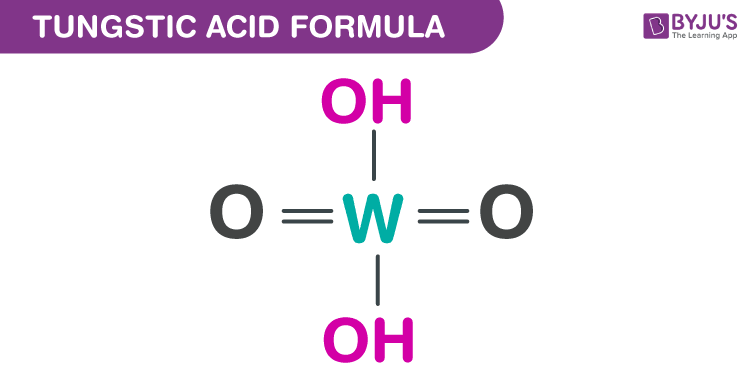