Also Check: What is Human Capital?

Percentage of the population below poverty line 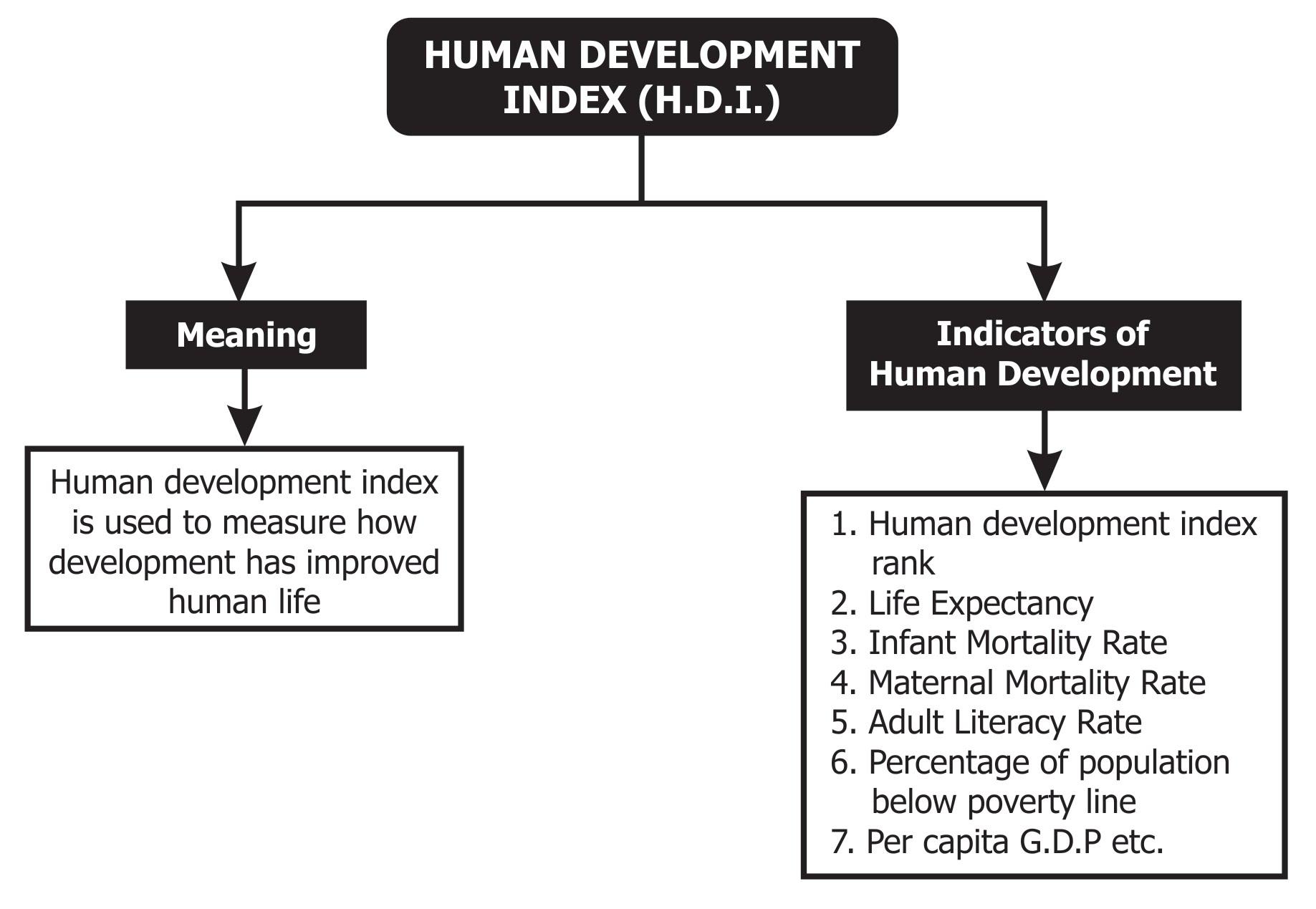 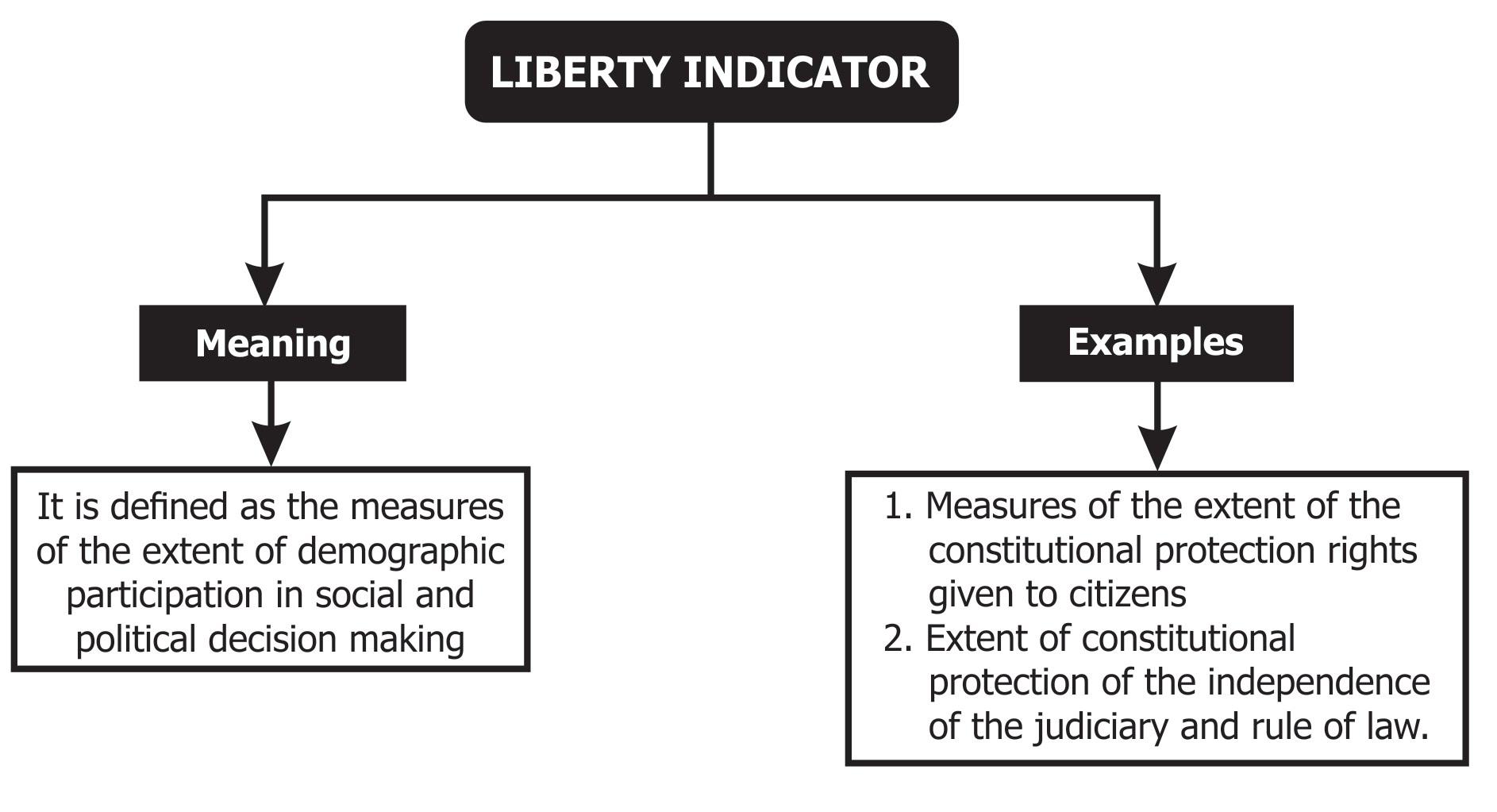 Q.1 What is meant by adult literacy rate?

Q.2 What is a liberty indicator?

It may be defined as the measure of the extent of demographic participation in social and political decision making.

Examples of liberty indicators are:

Q.3 What is meant by infant mortality rate.

It refers to the number of infants dying before reaching one year of age per 1000 births in a year.

It refers to the average number of years for which people are expected to live.

Q.1 Which of the following is not an indicator of human development?