Sodium hydrogen tartrate is also known as sodium bitartrate, tartaric acid monosodium salt. It is an inorganic salt which is commonly used to detect potassium in qualitative chemical analysis. It is also used to test for ammonium cation which is a white precipitate. Following is the table of formulas of sodium hydrogen tartrate in different forms:

The property values of a hydrogen donor and hydrogen acceptor are 3 and 6 respectively. It has 3 rotatable bonds. It finds application in the preparation of sodium citrate-sodium tartrate reagent. 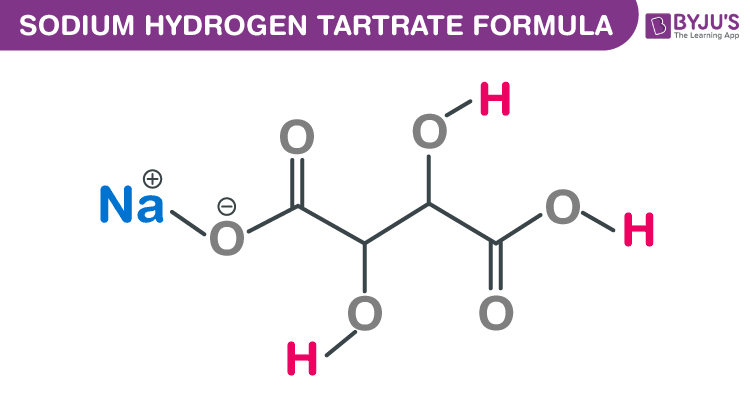