Galactose is a simple sugar belonging to simple carbohydrates which occurs in D-form in lactose. Charles Weissman coined the word galactose which is derived from the Greek word galaktos meaning milk and for sugars ose is used. It is an odourless white solid.

What Is The Formula Of Galactose?

The molecular formula of galactose is C6H12O6. Galactose is a monosaccharide and epimer of glucose. The property values of hydrogen bond donor and hydrogen bond acceptor are 5 and 6 respectively.

Galactose can exist in open-chain as well as cyclic form. The chain form of galactose has a similar pattern like glucose. 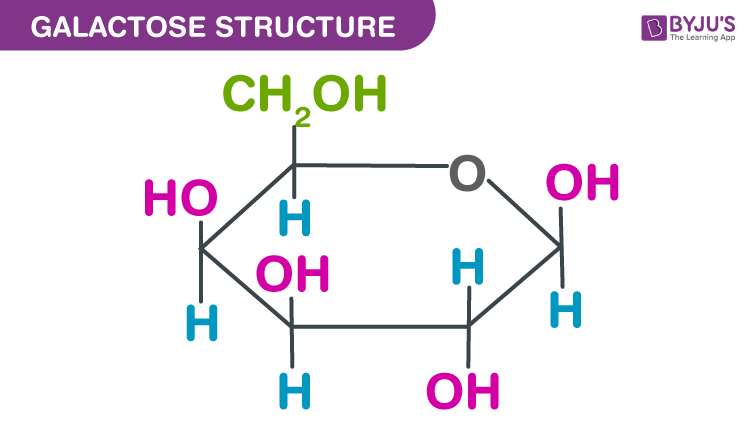 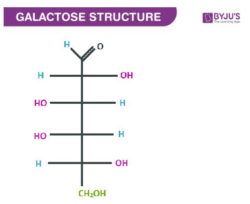 The other interesting facts about galactose are: