Barium phosphate tribasic is colourless solid which usually occurs in its powder form. which has a slight odour of acetic acid. It does not dissolve in water but readily dissolves in acidic liquid solutions. Tribarium diphosphate is found in rocks and minerals such as alforsite and jagowerite. It can be synthesized by reacting inorganic salt barium carbonate with the metaphosphoric acid (HPO3). 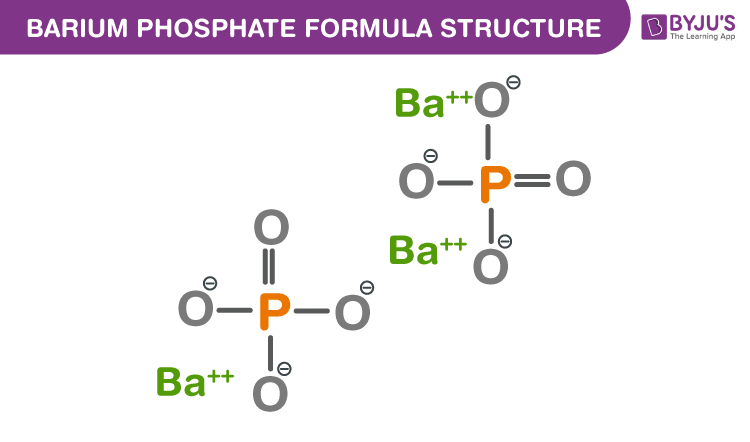 Use And Safty Measure Of Barium phosphate

To learn more about Barium phosphate formula from the expert faculties at BYJU’S, register now!