Sodium citrate is an anticoagulant and hence used in milk-based foods like milk powder, yogurt, jams, sweets, ice cream and many more. The chemical structure of Sodium citrate is shown in the figure below. 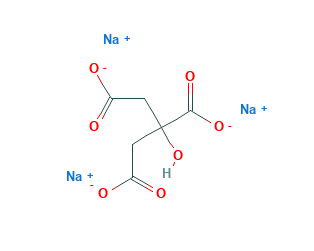 For more information on any chemical compound, refer BYJU’S.