Thiourea formula, also named as Pseudothiourea formula or Thiocarbamide formula is discussed in this article. It is an organosulfur compound and its structure is similar to urea, except that the sulfur atom replaces the oxygen atom. The molecular or chemical formula of Thiourea is CH4N2S.

Thiocarbamide is a crystalline solid white in colour. It is found naturally and also can be synthesized. It dissolves in water, ethanol, and ammonium thiocyanate solution. 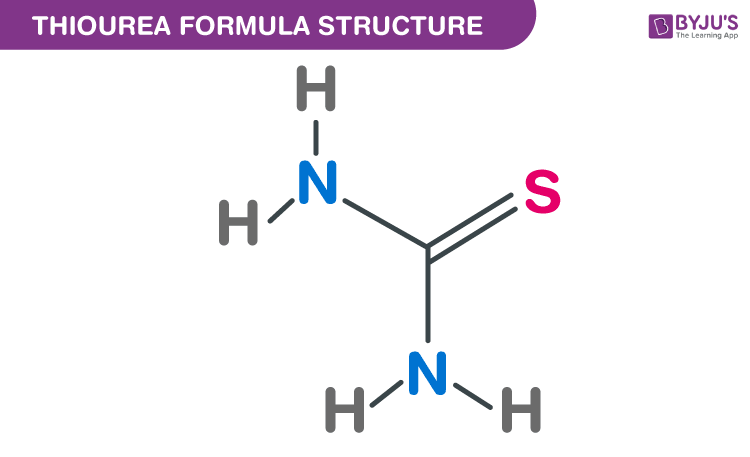 To learn more about Thiourea formula from the expert faculties at BYJU’S, register now! Also, you can download notes on Thiocarbamide for free.