Spores are haploid unicellular bodies that are produced as a result of sexual or asexual reproduction in eukaryotic organsims such as algae, bacteria, fungi and some plants. The process of formation of spores is referred to as sporogenesis.

Spores are reproductive cells that are capable of giving rise to a new organism as compared to gametes that require to fuse with another gamete to give rise to new individuals.

Below is a diagram of a fungal species showing formation of spore through asexual reproduction. 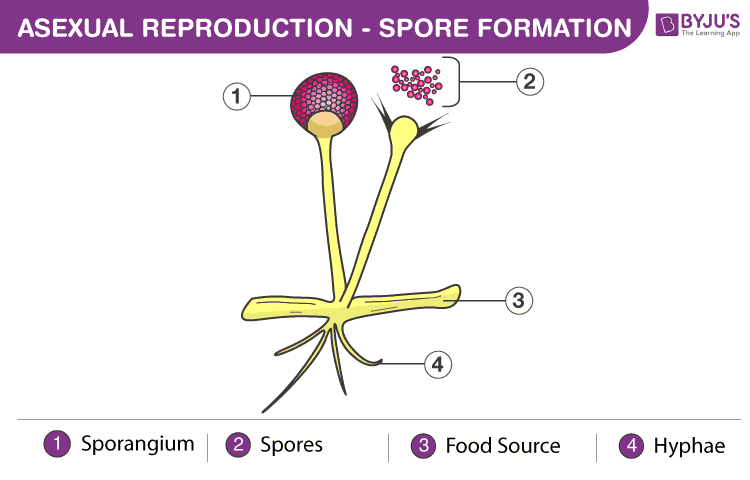