The concept map is a type of graphical representation that helps students to make sense of difficult topics.

Let us learn more in detail about the classification of Biomolecules in this concept map. 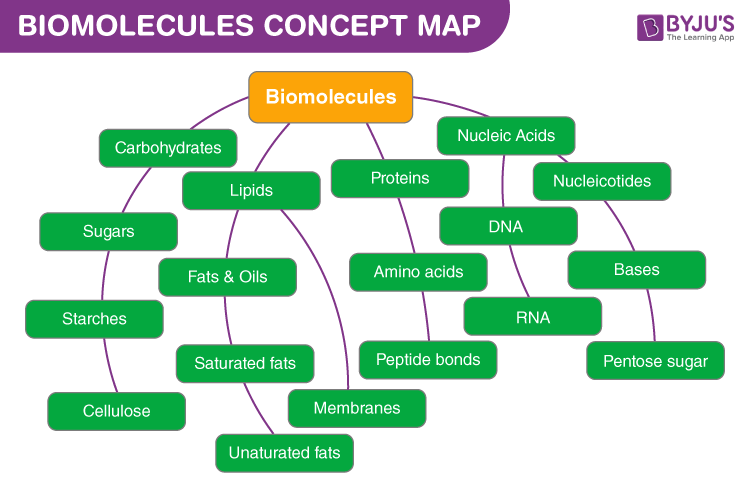 Explore other concept maps only at BYJU’S Biology.

Which of the following make up the majority of biomolecules present in a cell? (A) Lipids. (B) Proteins. (C) Carbohydrates. (D) Nucleic acids.

The correct answer is (B) Proteins.
Yes. Proteins make up most biomolecules present in a cell, followed by Nucleic acids, carbohydrates, and lipids.

Which of the following biomolecules plays a significant role in the cellular structure? (A) Lipids. (B) Proteins. (C) Carbohydrates. (D) Nucleic acids.

The correct answer is (A) Lipids.
Lipids are organic compounds, which form the structural framework and are the chief source of energy.