All living organisms are made up of a fundamental unit called the cell. The cell consists of organic and inorganic compounds and elemental analysis of the cell shows that it is made of various elements such as carbon, hydrogen, oxygen, chlorine etc. All carbon-containing compounds found in living organisms are termed as biomolecules.

Biomolecules are defined as any organic molecule present in a living cell which includes carbohydrates, proteins, fats etc. Each biomolecule is essential for body functions and manufactured within the body. They can vary in nature, type, and structure where some may be straight chains, some may be cyclic rings or both. Also, they can vary in physical properties such as water solubility, melting points. 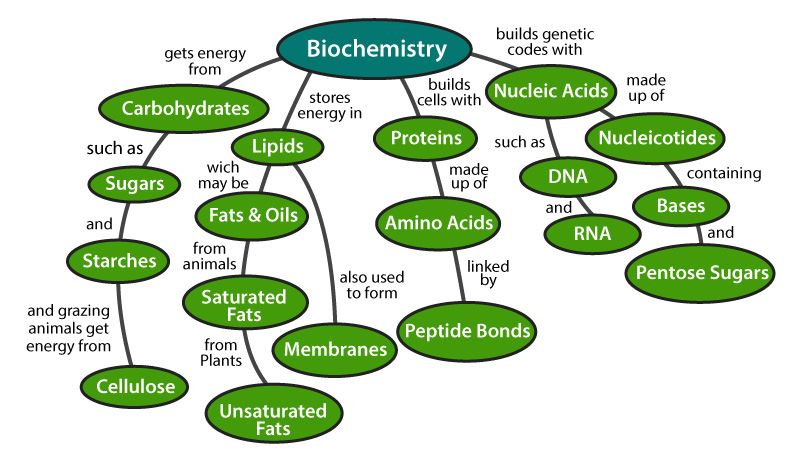 Polysaccharides, commonly known as carbohydrates are macromolecules. They are made up of monosaccharides (sugar molecules). Majority of living cells are rich in carbohydrates and they are the final products of many metabolisms. For example, Glucose is the final product of photosynthesis. Saccharides can be monosaccharide, disaccharide, polysaccharide etc. based on the number of sugar molecules they are made up of.

Proteins are dietary compounds made of monomers called amino acids. Protein is a long chain of amino acid bonded by polypeptide bonds. Hence proteins are also called polypeptides. Amino acids are carbon-containing compounds where a carboxylic acid group and the amino group are present at the two ends. Each amino acid consists of one central carbon surrounded by four substituents. These four substituents include an amino group, carboxylic acid group, hydrogen and a variable group represented by R. The variable group, R decides the nature and type of amino acid.

Lipids are a group of water-insoluble compounds which include fats, glycerol, phospholipids, steroids, oils etc. Types of lipids vary according to their constituents. Fatty acids are simple lipids made up of a carboxyl group and a variable group R. They may be saturated or unsaturated fatty acids. Glycerol is trihydroxy propane which combines with fatty acids to give triglycerides. Some lipids consist of a phosphorus group along with the organic chain. Such lipids are called phospholipids, the constituent of the plasma membrane.

Nucleic acids are the genetic materials present in an organism which includes DNA and RNA. Nucleic acids are the combination materials of nitrogenous bases, sugar molecules and phosphate group linked by different bonds in a series of steps. Our body consists of heterocyclic compounds like pyrimidines and purines. These are nitrogenous compounds like adenine, guanine, cytosine, thymine, and uracil. When these bases bond with sugar chains, nucleosides are formed. Nucleosides in turn bond with a phosphate group to give nucleotides like DNA and RNA.

The human body consists of trillions of cells which are made up of carbohydrates, proteins like biomolecules. Majority of cell activities depend on them. 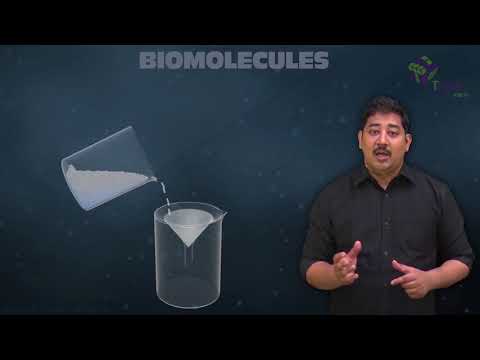 Any organic molecule present in a living cell is called a biomolecule. It typically includes carbohydrates, proteins and fats.

2. What are the 4 types of biomolecules?

Biomolecules can be classified into carbohydrates, proteins, lipids and nucleic acids.

3. What are nucleic acids?

Nucleic acids are essentially the genetic materials present inside an organism. It is typically in the form of DNA or RNA.

An important introductory topic to biochemistry, biomolecules is essential to understanding how biology and chemistry intertwine. Explore more concepts and insights into biomolecules class 11  or any other topic by registering at BYJU’S.