Holocene Extinction: Will human beings be able to escape it?

What is Holocene Extinction?

The ongoing extinction of the Earth’s flora and fauna due to human activities is termed as holocene extinction. This is the sixth mass extinction since the existence of Earth in 450 million years.

What is mass extinction?

It is an event of loss of more than 75% of the existing species in a very short geological time. The short here refers to millions of years in comparison to the Earth’s age.

Scientists claim that the previous extinctions were caused due to natural catastrophes like volcano eruption, asteroid collision and depletion of oceanic oxygen, but this ongoing holocene extinction since the past 10000-110000 years is gravely serious and once happened will be irreversible.

The increasing human population is posing a threat to other organisms in the ecosystem in ways such as the overhunting of animals, exploitation to extract wool and leather, urbanisation which is wiping green areas, climate change, pollution and innumerable reasons like this.

It is estimated that 30% of the species living today will be lost in the next forty years. It will be no surprise if the humans themselves are wiped out in this extinction because of their gory activities. 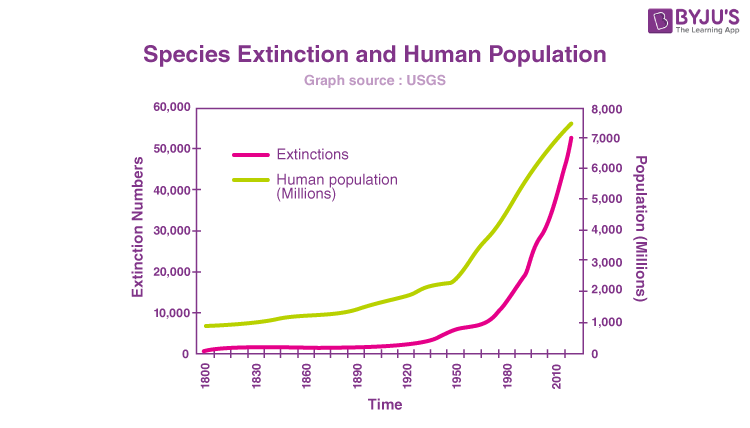 Can we do anything to stop Holocene Extinction?

We have very less time to save what is left from the Holocene Extinction. If we start today we might be able to delay the extinction process by a few years but it cannot be totally curbed.

By limiting our hunting activities, reducing pollution and encroachment we can give a try to save our mother Earth and increase the longevity of our life.

This is our mother Earth and it is our responsibility to save it for our future generations. Every step you take affects the ecosystem directly or indirectly, so think of ways to save our environment. Every step counts!

What are the types of extinction?

There are two types of extinction: Mass Extinction and Background Extinction.

What is background extinction?

Background extinction is an event which happens naturally in the environment, as a part of evolution.

What animals went extinct during the Holocene?

Mammoth, Mountain deer, Armadillo, bison are some of the animals that have gone extinct during the holocene.