The cross between animals of the same genus but different species is known as interspecific hybridisation. Here are some examples of such hybrid animals.

Plant progenies can also be produced with interspecific hybridisation techniques. The following are some examples of interspecific plant hybrids.

What is a hybrid?

When organisms from two different genera or species are bred together, it is termed as hybridisation. The resulting progeny is called a hybrid. The hybrids need not be an equal combination of both the parents.

Are all hybrids sterile?

Most of the hybrids are sterile. They have an extra chromosome that disrupts the usual meiosis process. Hence, viable gametes are not produced. Also, not all hybrids are infertile. A few female hybrids (female ligers, female mules) have been bred with the original parent population.

What is intraspecific hybridisation?

It is a hybridisation technique involving two individuals from the same species. It can be two different sub-species within a single species. For example, a cross between Siberian tigers and Bengal tigers will produce an intraspecific hybrid.
Also Read:Animal Reproduction 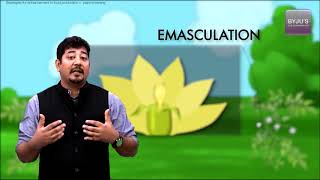