Why Is DNA Negatively Charged?

DNA is negatively charged because of the presence of phosphate groups in nucleotides.

The phosphate backbone of DNA is negatively charged, which is due to the presence of bonds created between the phosphorus and oxygen atoms.

Let’s explore more about DNA and its structure.

DNA- Deoxyribonucleic Acid is an inherited material, which is found in every single living species from unicellular amoeba to multicellular organisms – plants, animals, birds, mammals and humans.

DNA – Deoxyribonucleic Acid is an organic compound that has a unique molecular structure and is found in both prokaryotic cells and eukaryotic cells. These hereditary materials are made up of nucleotides molecules.

DNA was first identified and discovered by Johannes Friedrich Miescher, a Swiss Biologist in the year 1869, during his examination of white blood cells.

The structure of a DNA molecule is a double helix, which was later discovered by James Watson and Francis Crick and later proved that DNA molecules are mainly responsible for collecting and preserving genetic information in all living organisms. 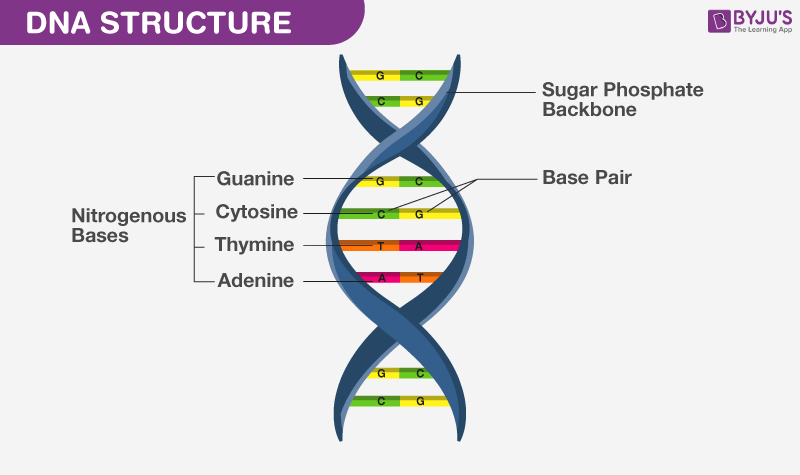 The structure of DNA defines the basic genetic makeup of all lives on the planet earth. Deoxyribonucleic acid is a molecule composed of nitrogenous bases, sugar molecules and phosphate groups.

The structure of DNA is double helix. DNA comprises two strands, which are found coiled or wrapped around each other and form quite similar structures to a twisted ladder. Each strand possesses a backbone, which is made of alternating sugar (deoxyribose) and phosphate groups.

DNA is composed of nucleotides, which contain:

DNA is mainly involved in:

Learn more in detail about DNA, their significance, why is DNA negatively charged and any other related topics at BYJU’S Biology

Test Your Knowledge On Why Is Dna Negatively Charged!
Q5