Ascaris is a genus of roundworms under the phylum Nematoda. They are typically small-intestinal parasites. The most common species that affects humans is the Ascaris lumbricoides. These nematodes are unsegmented, bilaterally symmetrical, unisexual and have a pseudocoelom.

Let’s learn more about Ascaris with a description and well-labelled diagram. 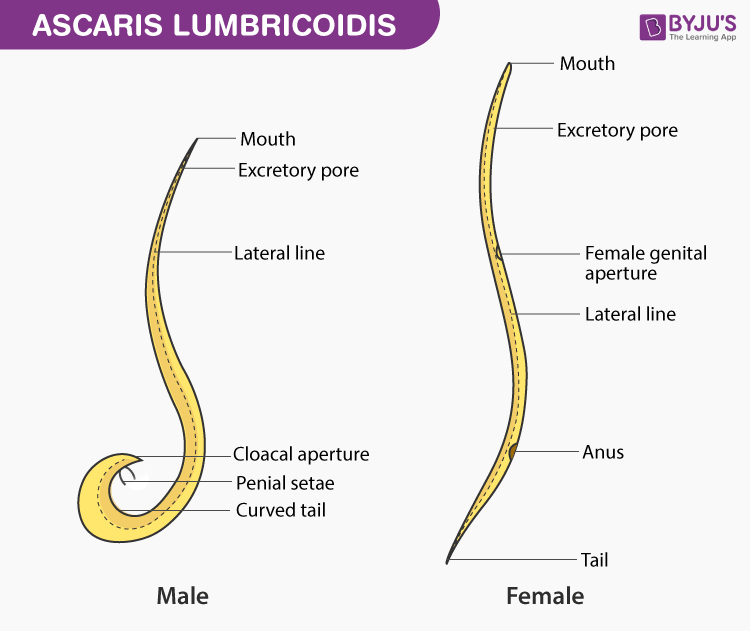 The Ascaris are intestinal roundworms found in pigs and humans. These roundworms are cosmopolitan in distribution. They are mostly concentrated in China, Philippines, India, Korea and the Pacific Islands.

The A.lumbricoides species is found in man, and the A.suum is found in pigs. They have morphological similarities but are two different physiological strains. The infective egg from the pig’s Ascaris will not develop in man and vice-versa.

Infestation of this roundworm causes haemorrhage, insomnia, peritonitis, diarrhoea, ulcer, tumour and even death. There is no intermediate host involved in the life cycle of Ascaris. The infection is caused by the intake of contaminated water and uncooked food.