Difference between the Placenta and Umbilical Cord

The placenta and umbilical cord are the primary support systems formed after conception. They act as a passage between the mother and the foetus.

What is a placenta?

The placenta is the section that joins the embryo to the mother. They provide food/nutrients and oxygen to the developing embryo. They also gather carbon dioxide and other waste materials from the baby. Furthermore, they have a rich supply of blood vessels. The placenta is attached anywhere in the uterus and rarely on its lower side.

What is an umbilical cord?

The umbilical blood (cord blood) is 100% foetal. The cord contains two umbilical arteries and one vein. Also, it is a significant source of stem cells.

Significant Differences between the Placenta and Umbilical Cord 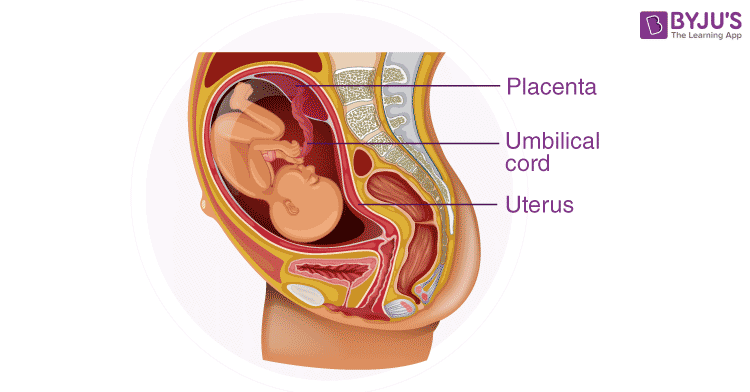 What happens to the placenta after childbirth?

What is the function of the umbilical cord?

How is the placenta formed?

After fertilisation, the blastocyst containing the inner cellular mass develops into the foetus. At the same time, the outer trophoblast cells constitute the placenta.