Difference between Apomixis and Parthenogenesis

Some organisms reproduce asexually, and thus produce offspring without the fertilisation process. Both apomixis and parthenogenesis are asexual means of offspring production.

Apomixis refers to the production of seed without undergoing the fertilisation process. There are no gametes involved in the formation of the embryo. It is a type of asexual reproduction usually seen in higher plants. Plants belonging to the Rutaceae, Rosaceae, Gramineae and Compositae families are apomictic in nature. Also, cereals like wheat and maize show a few instances of apomixis. Parthenogenesis is a sort of apomixis. The embryo is formed directly from the egg without the fertilisation process. It is typical among single-celled organisms and some animals and plants. Organisms with no sex chromosomes can also reproduce by parthenogenesis. But monogamous or isogamous organisms cannot replicate using this process.

Difference between Apomixis and Parthenogenesis

Parthenocarpy is a condition in which organic fruits are created without the development of seeds. The fruits develop without the fertilisation process. Thus, they are largely seedless and are termed “virgin fruits”. This parthenocarpy can occur both naturally, and also artificially.

What is the difference between parthenogenesis and parthenocarpy?

It is the asexual means of producing seeds without fertilisation. The plant propagates by means of the apomictic seeds. They usually occur in the gymnosperms.

What are the uses of apomixis? 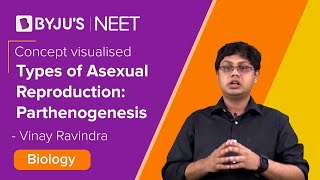