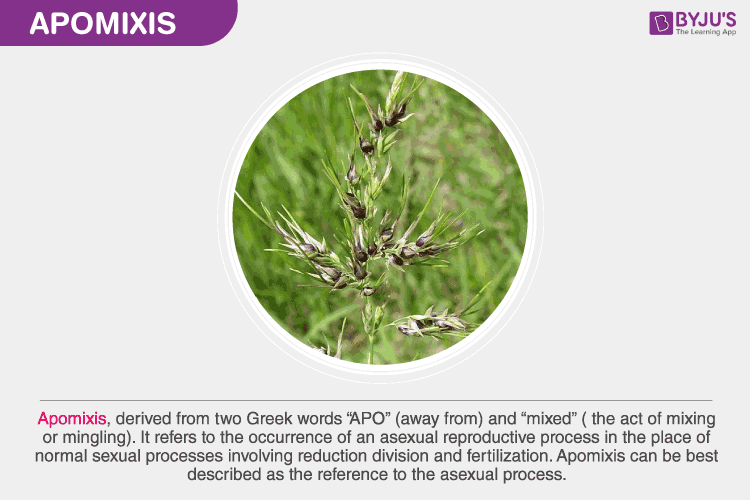 Apomixis is derived from two Greek words “APO” (away from) and “mixed” ( the act of mixing or mingling). It refers to the formation of the plant from a seed without fertilization or normal sexual reproduction. Apomixis can be best described as a reference to the asexual process. The plant produced is a clone of the female parent plant.

During sexual reproduction, developmental steps occurring inside the ovule produce the female gametophyte (embryo sac) and following a double fertilization event give rise to embryo and endosperm structures.

Apomixis is very common in higher plants. Plants of more than 35 families are known to be apomictic, e.g. Gramineae, Rosaceae, Compositae and Rutaceae. Major cereals such as maize and wheat show apomixis.

Simultaneous fertilization in the adjoining sexual embryo sac is required to form viable seeds. The developing embryos grow towards it to obtain nutrients and signals from the embryo sac.

There are a few further types of apomixis which are discussed in brief below.

For more such biology lessons, stay tuned with BYJU’S.