Difference Between Centipede and Millipede

There are different kinds of arthropods. They are members of the phylum Arthropoda and it is the largest phylum in the animal kingdom. Altogether, there is about 80 to 84 per cent of known species of arthropods, which includes familiar forms as crabs, centipedes, insects, lobsters, spiders, mites, and millipedes.

As mentioned above, both Centipede and Millipede are members of the phylum Arthropoda and grouped into different classes, based on their characteristic features.

Centipedes are grouped into the class Chilopoda and millipedes belong to the class Diplopoda. At first sight, both the creatures look quite similar but there are several differences between the two. Some of them are listed below in a tabular column.

Here, in this article let us explore more in detail about the differences between Centipede and Millipede. 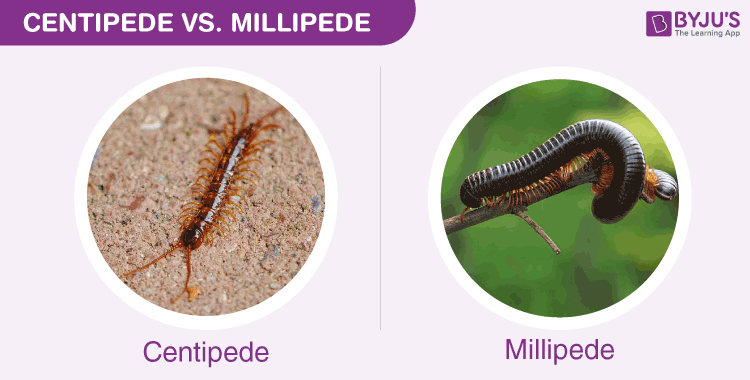 This concludes the major differences between the Centipede and Millipede. For more information on arthropods, different types of arthropods and other related topics, keep visiting our website at BYJU’S Biology.

Test Your Knowledge On Difference Between Centipede And Millipede!
Q5