Gymnosperms are other types of both vascular and non-vascular plants of the Kingdom Plantae, which directly produce seeds (naked) without bearing any flowers. Compared to the angiosperms, there are very few species of gymnosperms. These non-flowering plants species are abundantly found both in the colder region, boreal and temperate forests. They are evergreen plants, which can survive in any variety of habitats. In these plants, reproduction can be accomplished both by sexual or asexual reproduction.

Compared to angiosperms, the gymnosperms plant species are very few in number. This is mainly because they produce naked seeds, which are damaged by birds, animals, and other environmental factors before they are released. For the seed dispersal and continuity of the life cycle, they undergo wind pollination. Some of the best examples of gymnosperms are pine, cypress, larix, redwood, cycads, juniper, fir, etc.

Now, let’s look at the economic importance of Gymnosperms 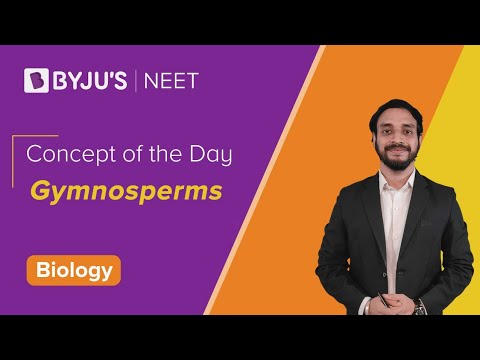 Other than these significances, gymnosperms have further economical importance too. These species are widely used in the production of:

This article concludes an introduction to gymnosperms and their economic importance. To know more about gymnosperms, their types, features, other related topics and important questions on gymnosperms, keep visiting our website at BYJU’S Biology.

Test your Knowledge on Importance of Gymnosperm!
Q5