The square root numbers are the list of those numbers which when multiplied by themselves produces the original numbers. The symbol used to represent the square root is a radical sign, i.e. ‘√’. The number present under the radical symbol is called ‘radicand’. This concept is one of the important concepts for Class 9 students.

To learn about square roots, we should first learn about squares of numbers. Then it will be easy for us to find the square roots of the numbers. When we multiply a number to itself, then it is said to be square of that number. Suppose ‘a’ is a number and is multiplied by itself, then it is said to be a squared. For example, 2 x 2 = 22 = 4. Now, if we find the square root of 4 then we get the original number, i.e. 2. Since, 4 is a perfect square, therefore it can be easily factorised by the prime factorisation method to evaluate the square root. See some more examples below:

Here is the list of the square of numbers and their square roots. The table given below can be memorised by students easily so that they can solve questions based on these square root values.

Based on the table above we can solve the questions given here. 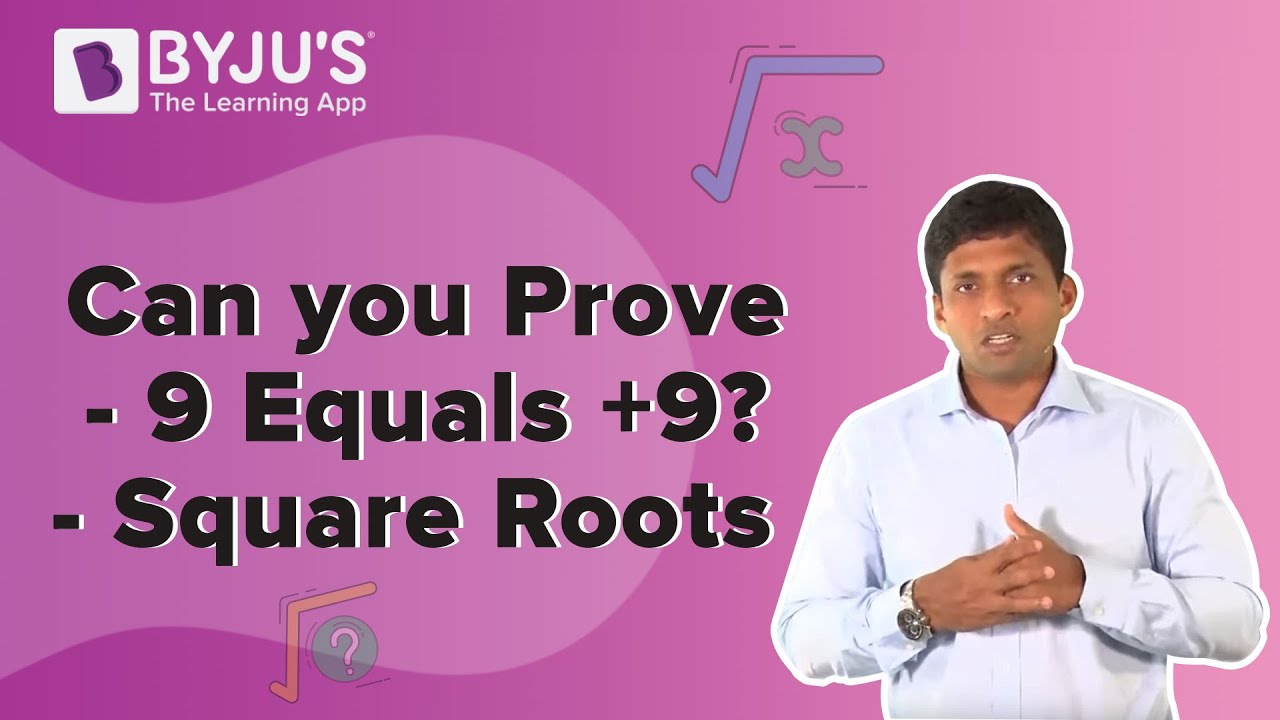