The table chart of 485 comes in handy for a quick check with the values of multiples of 485. The printable image for the table of 485 can be used as a flashcard and is valuable for doing mental maths calculations, and solving problems for various assessments. 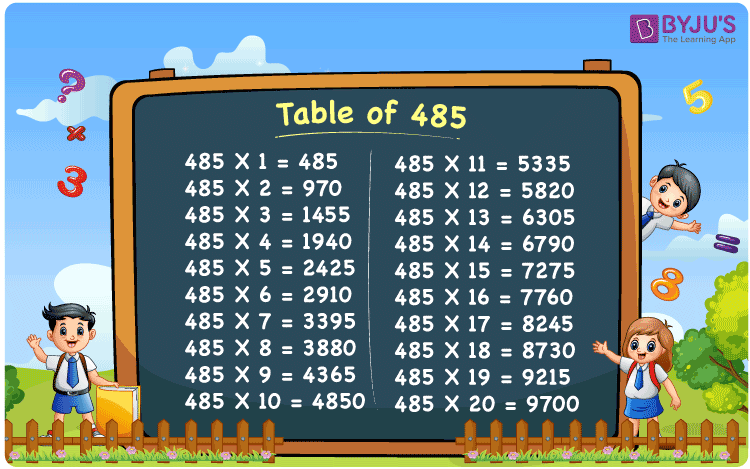 Solved Examples on the Table of 485

A group of 485 students went to a museum. The entry fare for each person is ₹ 10. What is the total cost of fare for all of them?

Therefore, the total cost of fare for all of them is ₹ 4850.

Frequently Asked Questions on the Table of 485